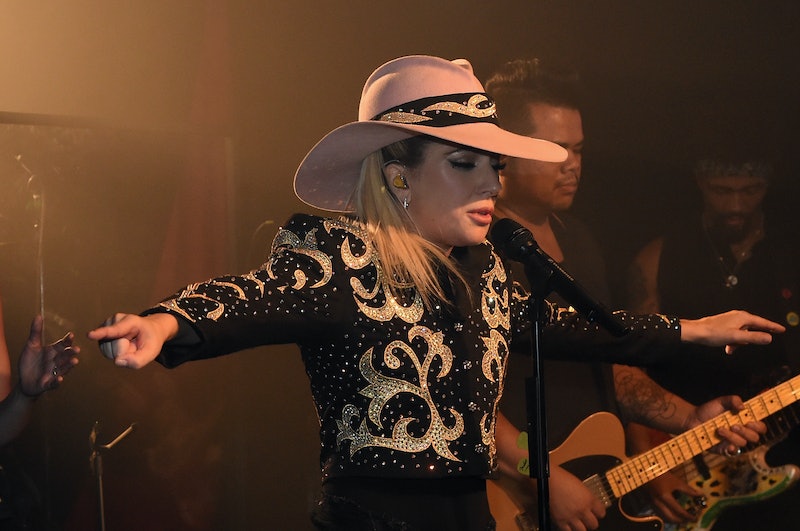 Lady Gaga's upcoming album Joanne has been hailed as a raw, emotional, and purely personal record with subtle Americana roots. In an interview with T Magazine, the New York Time's style magazine, Lady Gaga talks about how she can make whatever music she wants because she's a woman, dammit! Gaga's last album, a Tony Bennett collaboration of jazz standards called Cheek to Cheek, proved that she can go from artpop to jazz to acting in American Horror Story, and on to Joanne's americana feel with no problems. When discussing her jazz foray Gaga told T, " “My audience went, ‘Wait, why is she singing jazz? What’s going on?’ And then they went, ‘Oh, because she can. Because she loves it.’ And jazz, a music invented by the African-American community, is the greatest art form, I believe, to have ever come out of this country.” Gaga claims that working on the jazz album "made her a woman" and seems to associate that womanhood with the subject matter in Joanne.

Now, as a woman, she feels that she has been given a perspective of understanding and speaking to marginalized groups through her music which she hopes will show up in Joanne . She became obsessed with sharing the stories of marginalized people as a way of, as she puts it: "proving of myself, that I really am a musician, that I have something to offer in the room. That women can be musicians, women can be rock stars, women can be more than an objectified idea of a pop star.”

This raw album will prove that not only can she do anything, she can all do one of the hardest things — be herself. The title of the album, Joanne, is already a deeply personal nod. Not only is Joanne one of Gaga's middle name (her full name is Stefani Joanne Angelina Germanotta), it's also the name of her father's sister who died tragically of lupus at the age of 19. Though Gaga never met her aunt, she told Entertainment Tonight that the loss "left a scar that never healed... It’s everything about Joanne, which also happens to be my middle name (I was named after her) it’s all the toughness of the pain of losing her that made us all strong and made us who we are. She is the woman of my past who is becoming and helping me bring more of my honest woman self into the future."

It's awesome to see Gaga "doing her" in such eclectic way and proving she can do it all: pop, jazz, americana. Her whole vibe has strong "women can do anything" vibes and I love it. I can't wait until October 21 to hear the new album.