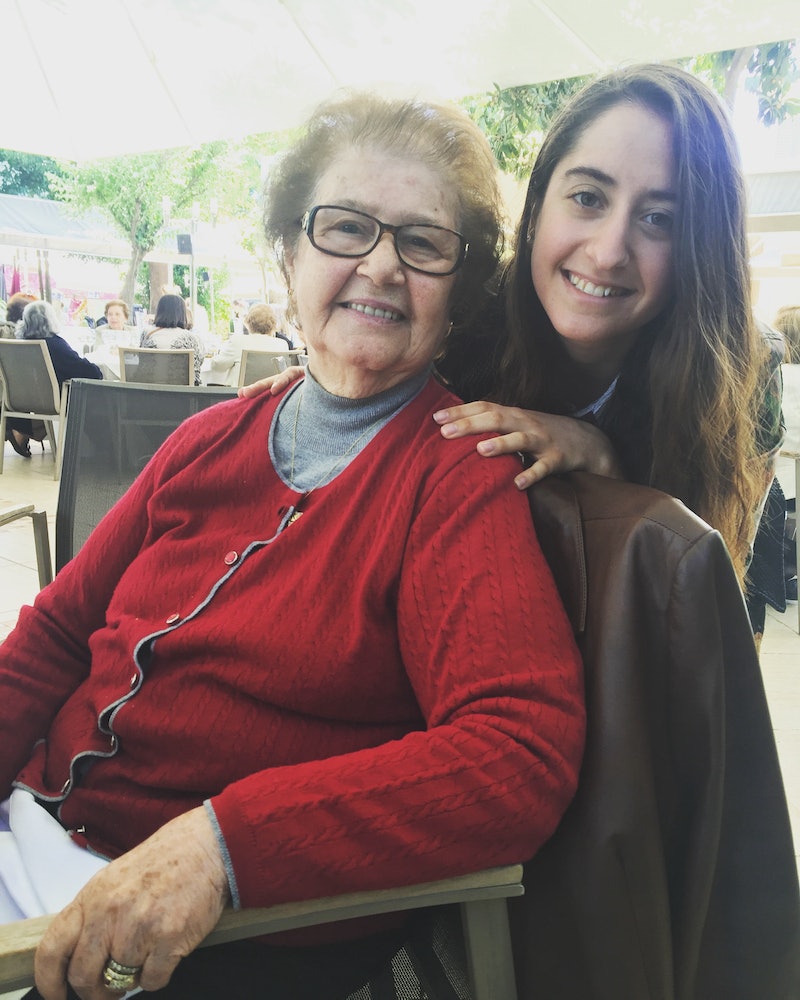 As my Turkish grandmother remembers it, she and my grandfather had just arrived in the United States in 1961 when they made their first big purchase as an immigrant couple in America: a movie camera that they bought at a discount store at my grandmother’s urging. In a short time, grandma discovered the subject that would be her first intricate filmmaking project: the highway between Palo Alto and San Francisco. She had never before seen a highway with that many lanes.

Until this day, she has always been very proud of that film, but truth be told, her groundbreaking technique made me a little bit nauseated: Her hand shakes throughout the film. She learns how to zoom in and out a few minutes into the piece, but then, once she zooms in, her seat and legs keep on taking over the frame every two seconds until she finds the highway again. She always zooms too much.

If you are an optimist, as I am, you might think, “Maybe she really knew what she was doing. Maybe she was just a visionary female director.”

No, she was just a woman excited to be in America; just as I am today — but in a different America. As I have witnessed the 2016 election unfold and observed Donald Trump win the Republican nomination while spewing his anti-immigration, xenophobic rhetoric, I have wondered whether this country will open its arms to a Turkish woman (again) or hide behind an impenetrable wall of prejudice and fear toward immigrants, especially Muslims.

As an immigrant — and as a constantly vibrant lady with a lot to say all the time —my grandma quickly talked her way into receiving an employment card. With her new legal title, she landed a job at a tailor shop in San Francisco, while my grandfather worked as a cardiologist on a special mission between Turkey and the United States. With no English (besides “Yes” and “No”) or prior experience, grandma began to make some money.

“America was never perfect,” she always says. She made some money, yes, but in a room exclusively for her and her African-American colleagues. She came to the conclusion that it was "fair" treatment to be in a separate room, given she was no American. Yet, she wondered: How come all these black Americans were in the same room with her, under sweatshop-like conditions? And how come the money she made was still more than what they made?

I constantly worry about my future, about not finding a job, about being deported — and this election cycle has only exacerbated the worries of many immigrants and immigrants-to-be.

Of course, coming from a racially homogeneous country at the time, she had been oblivious to race and segregation. She could not understand how two people could explicitly be separated although they eventually produced the same work. She was not a woman to sit around; she had to delve into it, so she did, finally asking her colleagues why their paychecks had significantly lower digits than hers. She told me that one of them just smiled and said, "Turkish lady [their nickname for her], our skin..."

Her new friends taught her some English while she had one goal in mind: collecting enough money to buy my grandpa the Chevrolet Impala he had always wanted. He was a brilliant doctor; she was a young woman with a lot of will.

My grandma came to believe that "America is a place where the impossible doesn’t exist."

After she helped her surgeon husband buy a Chevrolet, my grandma came to believe that "America is a place where the impossible doesn’t exist." It was, to her, the place where you revisit all the lost opportunities — material and immaterial. She did not come to America solely to make her way up from the bottom. Otherwise, she would not have left home. America was more than what it economically had to offer.

1960s, Ankara — My grandfather (right) and his friend Ercument

I am 24, a few years younger than my grandma was when she got to America. I constantly worry about my future, about not finding a job, about being deported — and this election cycle has only exacerbated the worries of many immigrants and immigrants-to-be.

Early in 2015, Donald Trump suggested building a wall along the U.S.-Mexican border, fully funded by the Mexican government. Trump has also infamously depicted Mexican immigrants as "criminals," "drug dealers," "rapists," and, in the third presidential debate, as "bad hombres."

Mexicans are not the only group targeted by Trump's tentative immigration policies. In December 2015, the Republican nominee suggested a ban on Muslims. "Donald J. Trump is calling for a total and complete shutdown of Muslims entering the United States until our country's representatives can figure out what is going on," a campaign statement declared. The presidential candidate's stance, however, has been in flux since the initial press release. During a Wisconsin town hall in March, the real-estate mogul said that there would be exceptions to the ban as he has "a lot of friends that are Muslim," though also noted that "they're very rich Muslims."

For reasons that he never explicitly disclosed, he deeply believed that no matter how hard he and his family worked for America, they would always remain foreigners, aliens, strangers.

Today, I seek to get an H1-B visa — or in my grandmother’s words: an employment card. It is not as simple and straightforward as grandma made it seem to me. In our post-9/11 world, nothing is really that simple. The world has grown more paranoid, more prejudiced, and it thinks it is right in doing so.

I even fall to this thinking, at times. Once in awhile, I am scared of someone on the subway, someone holding a medium-sized black backpack or someone crying frantically. I leave the train impetuously and notice my body is infiltrated by shame. I hate myself for having left, because I know somebody somewhere is scared of me, too, and instead of their leaving the United States, they want me to leave. Sometimes this wish is more apparent and sometimes more inconspicuous, but I am used to it: I am, after all, not an American.

Whenever I ask grandma how she pulled through as an immigrant, she says the only thing that made her struggle easier was her husband. Maybe he was not the best lover in the world, she tells me, but clearly the best partner, the best pillar of support.

1963, New York — My grandparents and their friends on the SS Independence

And yet, one day after he came home from work, my grandpa said: “Let’s go home; America is for Americans.” For reasons that he never explicitly disclosed, he deeply believed that no matter how hard he and his family worked for America, they would always remain foreigners, aliens, strangers. Although he performed very intricate health surgeries in the United States — and he was exceptionally good at what he did — he feared he was still an outsider. He could drive around for hours in his American car, save hundreds of American lives, and still be seen as different, as non-Christian, as non-American, as other. He decided to leave.

Grandma had to agree with her husband. She trusted her pillar’s judgment and silently started packing. The very day their journey back home started, Grandma received her green card to become a permanent resident. They never found out whether or not America really wanted them.