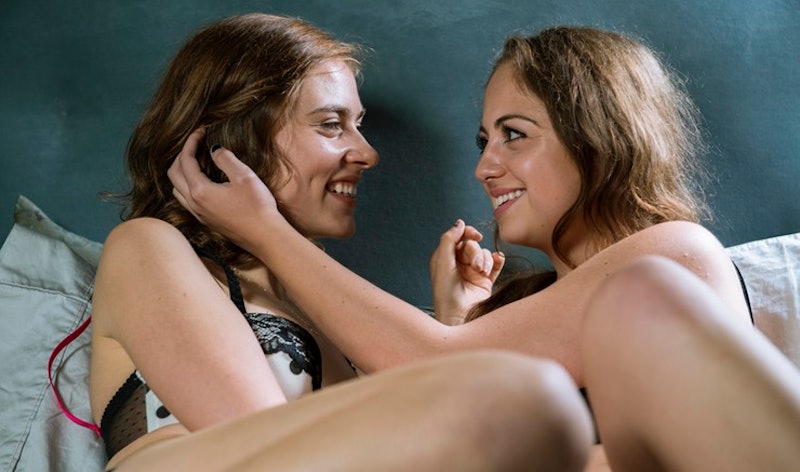 How common is it it to have a sexual fetish? More than you think, actually. According to a new survey from erotic retailer Ann Summers, it's actually the norm. The survey looked at 2,300 people living in the UK and the amount of the kink-lovers may surprise you. According to the survey, 75 percent of people have a fetish— at least one. So we're talking way into the majority of people, which makes it crazy to think how many taboos and judgements there still are around fetishes seeing that most people have them. But people still aren't so open-minded as they should be — 61 percent of respondents said that even though they talk about it, they feel there's a stigma attached.

But you should talk about it with your partner, you might even discover something new. "If you learn something interesting about your partner’s desires in bed, and it’s something you’re interested in, too — go for it!" April Masini, relationship expert, author of four relationship advice books, and the Ask April advice column, tells Bustle.

Here's what else Ann Summers learned about fetishes in the UK, because you can definitely have more than one:

Fetishes aren't just limited to one thing you're really into. Seventeen percent said that they had three or four — and six percent have five fetishes or more. That frankly sounds exhausting to me, but more power to you for doing what you love. Fifty-four percent said they acted out more than one at a time, so multitasking seems to be key.

3. Almost Half Of People Act Them Out Weekly

When it comes to acting them out, it actually happens less often than I would have thought. Although 45 percent go for it every week, 39 percent only go for it once a month — which to me suggests that there is a lot of other sex happening that isn't concerned with any fetish. Although eight percent said that they do it on a daily basis, which is impressive dedication to the cause.

4. Almost Everyone Prefers Their Fetishes With A Partner

5. And Clubs And Meetups Are Popular

It goes beyond just partners — kinks are a very social activities. Over one in five, or 21 percent, said that they go to meetups or clubs around their fetishes. I think it's great, especially with the taboos that shouldn't exist, but do. It's a great way to find other people interested in what you are. Have fun, kinkers.