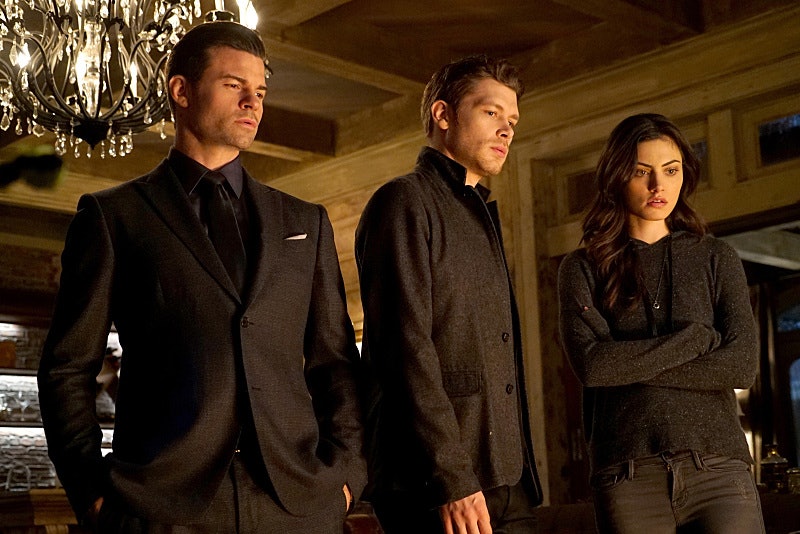 Just as all good things must come to an end, so too must The Vampire Diaries. But, as The CW's beloved vampire show begins its eighth and final season on Friday, Oct. 21, fans are wondering what is going on with its sister series, The Originals . Last year, The Vampire Diaries and The Originals aired back to back on the network, but now Friday night is approaching, and there's no new Originals to be seen. So, when does The Originals premiere? I'm afraid not until next year.

The Originals was moved to midseason this year, so Season 4 won't premiere until 2017 — the exact date has not yet been announced, but fans should expect to meet up with the Mikaelson family in late January or early February. Sorry, fans, it's going to be a long wait. But, lucky for us, showrunner Julie Plec has assured fans that the midseason start actually works in their favor story-wise, as it removes The Originals from The Vampire Diaries ' timeline — which, in case you hadn't noticed, has gotten increasingly tangled these past few seasons. "When they shifted the air date, it actually gave us the freedom, weirdly, to shift the timeline in our favor so that we could have more time pass in The Originals between seasons than The Vampire Diaries ," Plec said in an interview with TVLine.

OK, so, we may not know when exactly The Originals premieres, but we do know a little bit of what Season 4 might hold. At San Diego Comic-Con (SDCC), it was revealed that The Originals would be going on a five-year time jump between Seasons 3 and 4. This might help The Originals catch up to The Vampire Diaries, which featured a big time jump last season, with the rest of the story told in flashbacks. It will also let fans see a slightly more grown up baby Hope. As for what a 6-year-old Hope might be like, Phoebe Tonkin, who plays Hayley on the show, teased that Hope will be more like her father than we might think. "Even though she hasn't been around her dad for the last five years, I think there's a lot of Klaus in her — good or bad," she told TVLine at SDCC. One thing we will see from Hope: some magic.

It's tough to say what might happen in The Originals' fourth season, especially because the show's future appears uncertain.

But, here's what we do know: The Originals will be back in 2017, and when it does return, there will be blood — lots and lots of blood.