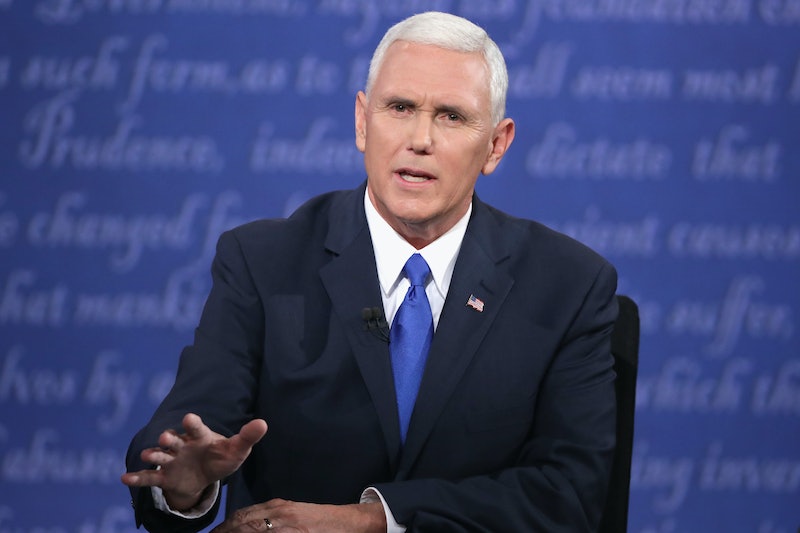 In the wake of Donald Trump’s infamous Access Hollywood video (and other troubling developments in his campaign), a number of prominent Republicans have denounced Trump and vowed to write in Mike Pence on the ballot. Their statements have many people wondering, “Can I write in Mike Pence for president? How do write-in votes work anyway?” It turns out that writing in a candidate who hasn’t been nominated by a major party is more complicated than you might think, at least if you want your vote to be counted.

If you’re considering a write-in for this complete mess of an election, you’re not the only one. Last week, following the release of Trump’s Access Hollywood video and the second presidential debate, Google searches about write-in votes surged to a record high. Searches for “write in Mike Pence” specifically shot up by over 5,000 percent. (Incidentally, searches about writing in 2012 Republican presidential candidate Mitt Romney were up by 4,000 percent, fueled primarily by people in Utah.)

Here’s what you need to know if you want to write in Pence for president (or anyone else who isn’t officially on the ballot):

Nine states (Arkansas, Hawaii, Louisiana, Mississippi, Nevada, New Mexico, Oklahoma, South Carolina and South Dakota) don’t allow write-in votes at all, so if you want to vote for president, you’ll have to vote for Donald Trump, Hillary Clinton, or a ballot-qualified 3rd party candidate. (You can find out which parties have ballot access in your state here.)

Most ballots in other states will have a space for voters to write in a candidate’s name who isn’t listed, so technically all you have to do in most places to cast a write-in vote is… write-in your vote. HOWEVER. In many states, that vote won’t actually be counted unless the name you write in has already been pre-registered as a write-in candidate.

So if you don’t want to vote for Trump or Clinton (or Gary Johnson or Jill Stein) this year, but you do want your vote to be officially counted, take the time to find out what the write-in policies are in your state. If you live in a state where pre-registration for write-in candidates is required, you probably won’t be able to have your vote counted for Mike Pence (or Mitt Romney or SpongeBob SquarePants or anyone else who hasn’t filed the paperwork). But you can find a list of write-in candidates who are certified in your state, and if one of them appeals to you, have fun voting for him or her.

This (ridiculous, insane, depressing) election cycle has left a lot of people with ambivalent feelings about the polls this year, but it’s crucial that you do vote. There has been a lot of heated discussion about third party and write-in voting — about whether 3rd party voting “counts,” about whether strategic voting is the right thing to do — but the most important thing is that you exercise your rights, make your voice heard, and vote.