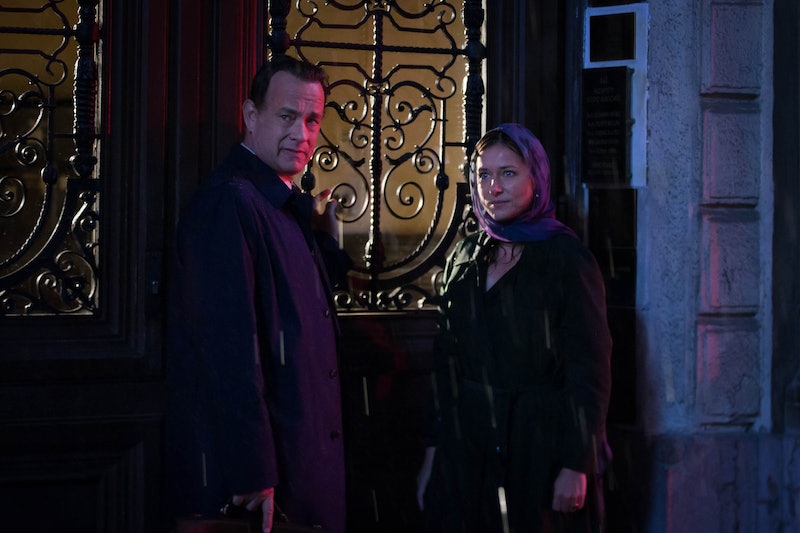 Inferno is the latest movie in the Da Vinci Code saga, based upon the popular novels by Dan Brown. Like its predecessors, The Da Vinci Code and Angels & Demons, the movie once again sees Tom Hanks' symbologist extraordinaire Robert Langdon attempt to unravel a worldwide conspiracy, this time one that threatens half the world's population. Brown's novels have drawn both praise and criticism for incorporating real life organizations and events into their storylines, blurring the line between fiction and reality, and Inferno looks to do the same. And even though Inferno isn't a true story, that doesn't mean that there isn't some truth to the tale.

The plot of the film revolves around the potential release of a virus, called Inferno, which could wipe out half the world's population. The virus is the brainchild of Bertrand Zobrist, a scientist who believes the only way to solve the world's overpopulation problem is to stage an extinction-level event. Langdon aims to locate the virus before it can be released, following clues in classic works of literature and art like Dante's Inferno, Sandro Botticelli's Map of Hell, and Dante's Mask. As far as the truth of the movie, well, it's all fiction, but the core idea of a man-made virus released on purpose that could wipe out half the human population isn't that far-fetched.

Every few years, it seems a new virus pops up in the news that is hyped up as being the next big threat to humankind. SARS, bird flu, Ebola, and currently Zika have all had their moment in the media spotlight, but none of these have ever posed a truly serious threat on a global scale like the fictional Inferno virus. The deadliest virus currently known is believed to be the Marburg virus, also known as MARV, which is related to Ebola, has no known effective treatment, and has an extremely high mortality rate; killing by causing one's organs to hemorrhage. Even worse, it has been scientifically-altered and weaponized in the past.

According to GlobalSecurity.org, the Soviet Union experimented with weaponized MARV in the 1980s. They reportedly tested an aerosol form on monkeys and determined that the disease would make an effective biological weapon. One scientist working with the virus, Dr. Nikolai Ustinov, was killed after accidentally becoming infected while working with it. Scientists then extracted and isolated the strain of the virus that killed him and found it to be even more deadly than regular MARV. The new strain was named Variant U, and at the time of the U.S.S.R.'s collapse in 1991, there were plans to outfit warheads with the new virus.

There are certainly viruses out there with the potential to do serious harm to the human race if they become weaponized, and biological warfare (even though it's illegal) remains a major threat to world safety. It may have nothing to do with Dante's Inferno like in the movie, but if some warheads containing Variant U are ever launched on a large scale then it would certainly look like Hell on Earth.