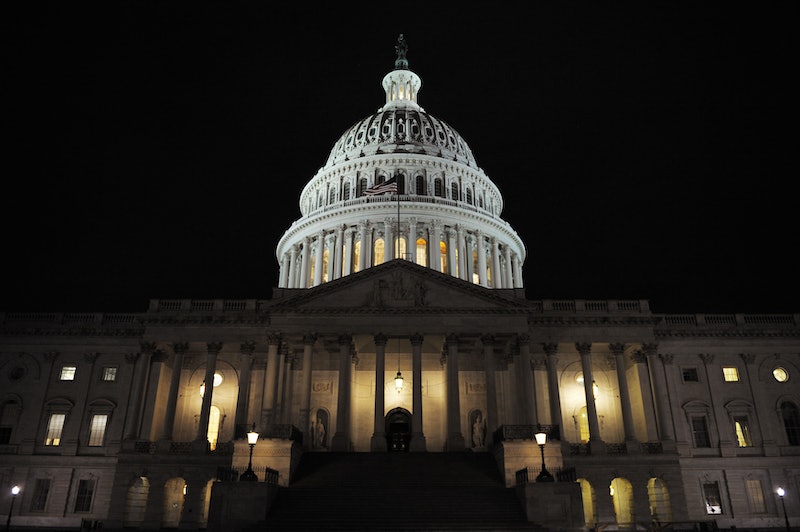 When you head to the polls on Nov 8., you won't just be able to cast your vote for the next president. Congress, made up of the 435 House and the 100 Senate seats, has two different election cycles. House seats are up for re-election every two years during even numbered years, and Senate seats are re-elected every six years. There are 469 seats in the U.S. Congress that are up for the 2016 election — 34 Senate seats and 435 House seats.

On your ballot, there are options for a U.S. Senator and for U.S. Representative. The Representatives are the people who sponsor bills and if they pass a majority vote, they move on to the Senate and potentially become law. So, even if you don't vote for your Senator or Representative, they are responsible for filtering which bills are sent through the ranks and define how citizens live under these laws.

The congressional election turnout rate was only 41.9 percent in 2014 — the lowest since the U.S. Census Bureau began collecting voting information 1978. Considering how much power Congress wields over laws pertaining to women’s rights, health advocacy, and environmental protections, knowing how congressional elections work and when you can vote is crucial.

So, when you are waiting in line at your polling station or filling in the circles on your absentee ballot, know that you’re not only voting for the president, but also the other political offices who dictate what laws get passed onto the president before it is law. With only 41.9 percent of people casting congressional votes in 2014, it's crucial to not only vote for the next president, but to be informed and elect representatives and senators who will work to make your political perspectives heard on Capitol Hill.

Many might choose to leave these and other local positions blank because they don’t know what the candidates stand for or because they don't think local and congressional voting matters in the long run. But the basic premise of the political system in the U.S. is representation. Look up your federal, state, and local candidates so you can make an informed decision at the polls and see your views represented as laws are made.

Now that you know how congressional elections work and have looked at your candidates, find out here where to cast your vote. Your opinion matters.