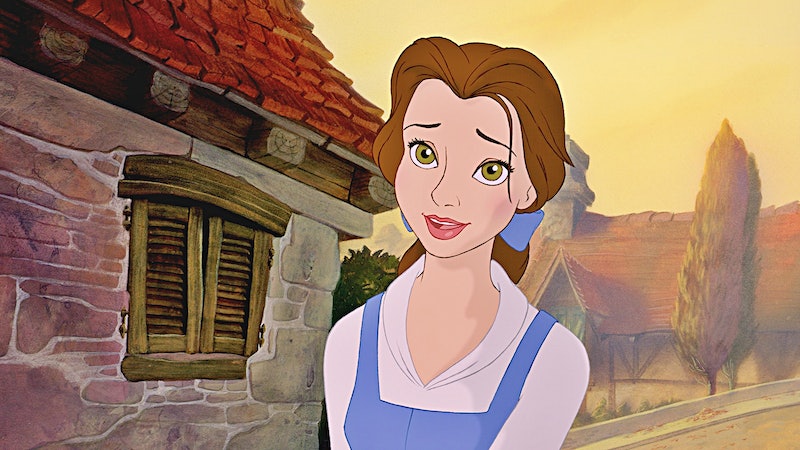 What an election, amiright? In the past, presidential debates served to inform the nation about each candidate's political platforms, so that Americans could make an educated decision at the polls. Well, that was boring. Today, our current candidates have created a new playing field, full of fifth-grade-level name calling and better RBFs than any angsty Disney Princess.

Instead of actually debating each other's plans for the nation, each candidate has repeatedly told Americans to, "Go on my website" if they need more clarification. Well, guess what Donald and Hillary? America needs more clarification, and unfortunately, the list of positions on both of your sites are just as cryptic as Maleficent's reasons to roofie Sleeping Beauty. Election Day is just around the corner, and we need someone to tell us how to vote!

Obviously, we can only make an informed decision once we know who our beloved Disney princesses are voting for because, let's be real, these girls know a thing or two about running successful kingdoms and defeating evil forces. We've turned to them before to see who they were voting for back in March, but let's see how things have changed at this point in the election. Here's how it will all go down.

"The Beast and I have very different opinions, but still love each other," Belle told The Washington Post. Belle explained how she values our education system and wants Hillary to win so college can be affordable for Chip, who just got accepted into Columbia. The Beast, on the other hand, loves to build walls, which is why he hangs a "Make America Great Again” flag in front of their $5.5 million dollar castle. Sources say that, like Trump, the Beast also won't release his tax returns. When reporters asked Belle for their financial records, she started crying hysterically and confessed that she is the real Elena Ferrante. “I’m voting for Hilary to right my wrongs! Together, Trump, Beast, and I will start paying taxes again.” Divorce rumors have ensued.

Not that this should have anything to do with politics, but Mulan and Esmerelda have bravely come out about their love for each other using the hastag #AGirlWorthFightingFor. They are to marry a week after the election!

When Trump heard news of their engagement, he was utterly perplexed and said, “But they’re so pretty. They can get any men they want.” Now that we can judge their political opinion based on their sexuality alone, Mulan and Esmerelda have admitted that they are voting third party. While Mulan loves Gary Johnson for his support of veterans, Esmerelda discussed the importance of justice and Internet freedom, in reference to Tumblr account "Wiccan Gypsy Thoughts" being reported and shut down for "disrespecting the Catholic religion" and "being too goddamn millennial."

"Jill understands the colors of the wind" said Pocahontas, in reference to Stein's Power to the People Plan, which consists of creating new jobs through 100 percent renewable energy by 2030. Pocahontas began leading the protest against the government building oil pipelines in North Dakota, and Stein reportedly supports Pocahontas's brave protest and "will help [Pocahontas] and her tribe in any way [she] can." Hillary had no comment, and Trump thought Pocahontas was an illegal Mexican immigrant and then laughed when he found out Native Americans still exist. Meeko reportedly bit Trump’s leg and gave him rabies, which is why he was unable to answer any of our questions throughout the second and third debates.

“Good for Jill Stein for trying to end offshore drilling and good for Hillary for wanting to stop animal abuse, but what about bycatching?” Ariel told The Nation. Flounder was a victim of bycatch last spring, causing Ariel to become vegan and start the movement “Fish Lives Matter.” She has over 1 million Twitter followers and #FishLivesMatter has spread like wildfire. Miley Cyrus is a leading funder of the #FishLivesMatter movement and has been wearing Flounder nipple covers this entire week.

Jasmine: “Anyone But Trump”

"If Trump wins, I won't be able to live in the United States," Princess Jasmine told The New York Times. “I’m glad the other candidates are politically correct, because I cannot stand being targeted!” Jasmine is referring to her most recent visit to the airport, where Aladdin was tackled by a policeman and questioned for putting a plastic butter-knife in the waste basket. Abu and Raja were unharmed. “If that’s happening to us, imagine what’s happening to the peaceful Muslim community!” said Jasmine.

Sleeping Beauty has put herself back to sleep after filing for divorce from Prince Philip, who allegedly cheated on her with Ivanka Trump. Because Aurora is passed out, Prince Philip has been skipping months of alimony and child support payments. Rumor has it that Prince Philip also snuck into her castle to cast a ballot in her name so his soon-to-be daddy could win the Republican nominee. We cannot confirm when Sleeping Beauty will awake, but sources say that a physician will be there to tell her no, she's not still dreaming. A reality TV star really could be America’s next president.