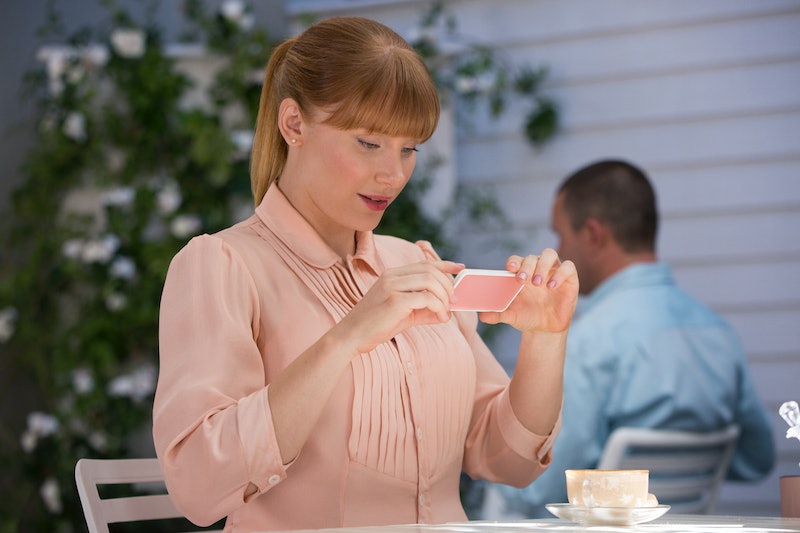 While many television series are adapting the anthology structure like American Horror Story and Fargo to tell new stories each season, Black Mirror takes the format an extra step, telling unique, self-contained stories in each episode. Much like classic anthology series Alfred Hitchcock Presents and The Twilight Zone, among others, Black Mirror takes viewers to a different world for a different story with a different tone each episode. Now that Black Mirror has made Netflix its official home, the episodes can be watched in any order, allowing for a customizable viewing experience. So, I've compiled a Black Mirror episode ranking to best discern which order you should watch Season 3 in.

The show's creator, Charlie Brooker, told The Independent, "We are aware that we’ll get a lot of first-time viewers this time around which is why we agonized for a long time over the order." By the time they reached the order currently on Netflix, Brooker even thought "'Oh no, I want to change the order again.’ But then it was too late." While Brooker can't change the official order, he believes that "It would be great if people go to the episodes and pick the one they want to watch first because you can do that. It is a box of chocolates in that respect." With that in mind, here's my curated look at a possible viewing order for Season 3 of Black Mirror .

While "Hated In The Nation" is originally listed last in the Netflix viewing order, that is for more practical reasons than artistic. Brooker told The Independent, "The research shows that you really shouldn’t open with a 90-minute episode ... if you watch a 90-minute episode, you’re less likely to watch the next immediately afterward." With respect to Brooker and the research, "Hated In The Nation" is a perfect introduction to the themes and style of Season 3, covering futuristic technology and how people can manipulate if for devious purposes. It's got dry humor, thrills, and it twists a recognizable crime procedural-style ever so slightly in the way that only Black Mirror can.

So you've just watched a feature-length story about murder, hashtag threats, and killer bees — why not lighten things up? While few Black Mirror episodes can be legitimately described as "bright," the sweet pastels of "Nosedive" mark a nice change from the grays of "Hated By The Nation." "Nosedive" also adds a little more humor to the proceedings, which is no surprise as it was co-scripted by Parks and Recreation creator Mike Schur and actress Rashida Jones.

After the humorous "Nosedive," viewers will be ready for the difficult-to-watch "Men Against Fire." This episode suggests some pretty alarming uses of technology and the "gamification" of military forces and how first-person shooters can be used to influence real armies. "Men Against Fire" is a far bleaker episode than either of the two proceeding it, but its power is undeniable.

Part two of a sort of "Black Mirror does video games" double feature, "Playtest" is more clearly about the video game industry and the future of augmented reality. While the episode starts with a simple exercise in whack-a-mole, the story soon turns dark as the hapless game tester gets sent to a haunted house that serves as the setting for the most personal survival horror game he'll ever play. "Playtest" is frightening and exciting and will make for a nice adrenaline boost before the viewing home stretch.

Without a doubt, this is Black Mirror's darkest hour. "Shut Up And Dance" looks like a thriller, but the sheer horror of what is lying underneath the surface and in the cellphones of its protagonists makes this an episode best saved for the daytime. The tale of a young man held hostage by a mysterious hacker presence won't be leaving your mind any time soon, which is why it's best saved for the end before followed up with something easier to stomach.

This is Black Mirror's brightest hour. After five episodes of endings that are bittersweet at best and a life-shatteringly bleak at worst, it's nice to take a break from the horrors of technology and end with an episode that is almost the opposite of everything that Black Mirror has proven to be. Instead of being set in the near future, "San Junipero" appears to take place in 1987 and attempts to showcase the positive benefits of technology in opposition to the cynical viewpoint that most other episodes have. To reveal any more about it would be a disservice, as this episode is truly best experienced with as little knowledge as possible.

The great thing about Black Mirror and the Netflix model is that it really is like a "box of chocolates," and fans get to decide which chocolate is eaten first. If some fans are hungry for the depressing and dire episodes first, they can skip right to "Shut Up And Dance" and "Men Against Fire," while those interested in light-hearted fare can jump from "Nosedive" to "San Junipero" and leave it at that. Simply put, there is no show on television quite like Black Mirror. So, seek out the episode that's right for you and give it a chance.