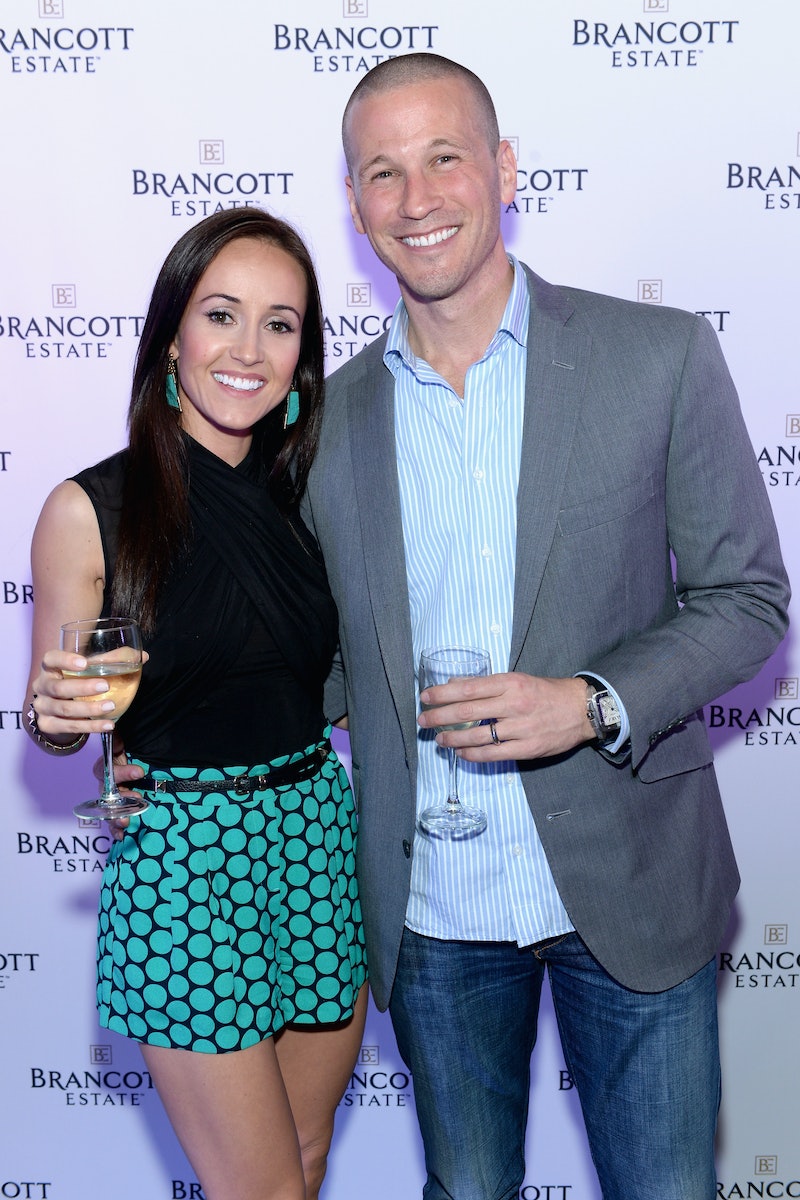 As dubious as it may seem that you can really find true love via a reality show competition, Ashley Hebert is living proof that The Bachelorette presents a winning formula. In Touch Weekly reports that Season 7's Hebert is pregnant with her first child by husband J. P. Rosenbaum — and they discovered the news at former Bachelor stars Sean Lowe and Catherine Giudici's wedding. Though Lowe and Guidici's live wedding drew 60 percent more viewers than Hebert's televised nuptials, it appears as though there was something those 6.1 million viewers missed during the special.

Hebert revealed that after two months of trying to conceive, she took another pregnancy test the day of Lowe and Giudici's wedding because the ones that she had taken before had been unclear. "There was legitimately a line," Rosenbaum told In Touch. "Of course it would be at a Bachelor wedding!" Since receiving the good news, Hebert has been having a smooth pregnancy, though there's still no word on the gender of the baby just yet.

When the couple announced their intention to have a child by 2014 in Life & Style last April, Rosenbaum and Hebert were split on whether they wanted a boy or a girl, or even whether or not they just wanted to stick with just one little bundle of joy. But considering Hebert and Rosenbaum's connection to the Bachelorette franchise, is a Chris Harrison-hosted Bachelorette baptism headed for your TV?