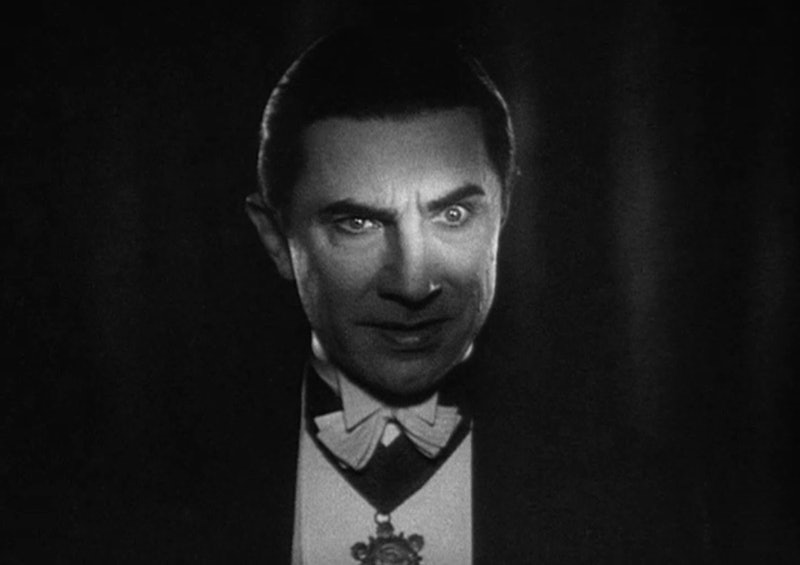 It's the season of decorative gourds, processed sugar, and monsters. And, even if we know some of these creatures from the big screen, most A-list monsters started out terrorizing their fellow fictional characters in creepy, creepy books. But did you ever wonder where authors got their inspiration for vampires, werewolves, and psychotic dancing clowns in the first place? Well, here are the true stories behind nine famous, literary monsters.

Now, I don't want to burst any bubbles here, but most of these monsters aren't exactly real. At least, not in a literal sense. I know. Maybe don't hold out for a sexy vampire/zombie boyfriend just yet. But most of these monsters are based on true stories—and sometimes truth is far stranger than fiction. I mean, sure, the real Dracula couldn't turn into a bat, but he did impale a lot of people on spikes. That's got to count for something. The original werewolves were pretty bloodthirsty, and they did a lot more with urine than you might suspect. And the mad scientist who inspired Dr. Frankenstein really did invite people over to watch him zap corpses back to life.

So check out the bizarre truth behind literature's most infamous fiends... if you dare:

Before there was Victor Frankenstein, there was the scientist Giovanni Aldini. Back in London, in 1803, Aldini was determined to cheat death and bring a deceased corpse back to life. He got his hands on the body of a hanged criminal, and attempted a resurrection at the Royal College of Surgeons by applying electric current to his subject—at first, the body seemed to jerk awake, and even take a sharp breath, but after a few hours of experimentation Aldini's battery died... and the corpse fell dead once more. One of the onlookers, however, was Anthony Carlisle, who recounted the event to his friend William Godwin, whose daughter, Mary, grew up to be the author of Frankenstein.

Bram Stoker drew on Romanian folklore of bloodsucking monsters to create his famous vampire, and he named him after a real person. Vlad III, Prince of Wallachia, was a real Transylvanian prince, nicknamed Vlad the Impaler because he liked impaling his enemies on spikes, and nicknamed Dracula, which meant "son of the dragon." But Stoker really only pulled the name and location from Vlad. His book Dracula was based on the mythic vampires of Eastern Europe. That myth arose when poorly buried corpses would resurface looking bloated, with fresh blood trickling from their mouths—a normal part of decomposition, but it thoroughly freaked the European peasants out. They figured these dead guys were getting up to suck blood in the middle of the night.

Werewolves pop up all over literature, from the ancient Roman comedy Satyricon (in which peeing in a circle around your clothes turns you into a wolf) to modern thrillers and romance novels. But there were "real" wolf men in pre-Christian Europe: Norse warriors known as Berserkers or Úlfhednar would don bear and wolf hides and then "channel" the animal's spirit to transform them into beast-like killing machines on the battlefield (i.e. they probably used mind-altering substances like hallucinogenic mushrooms to get in the battle zone).

Speaking of drugs, Dr. Jekyll and Mr. Hyde is your classic drugs-make-you-different story. Dr. Jekyll is mild-mannered until he takes a strange potion, and hulks out into the monstrous Hyde. Author Robert Louis Stevenson knew a lot about that drug-induced double life himself: he actually wrote a first draft of the novella and then, when his wife offered some light feedback, burned the manuscript and rewrote it in a matter of days on a cocaine bender. It's cool though—he was prescribed the cocaine to help his hemorrhaging (ah, medicine in the 1800s).

You probably know the bullet points of the Minotaur myth from ancient Greek literature: dude with bull head, lived in a labyrinth on Crete, kids from Athens were sent there to be killed by him in a Hunger Games style sacrifice. But the whole kids-sacrificed-to-bull-monster angle might have had a real historical basis: ancient Cretan art is full of depictions of young men and women vaulting over a bull as part of some kind of ritual or entertainment. Some scholars think that kids really were being sent to Crete to learn this very dangerous art of bull leaping, as a sort of rodeo-to-the-death practice, or to be sacrificed by a priest in a bull mask.

Who doesn't love a creepy clown? Many people theorize that Stephen King's Pennywise the Dancing Clown was at least partially based on real-life serial killer John Wayne Gacy, who worked as a birthday party clown and murdered 33 young boys in the 1970s. Although, of course, weird feelings about clowns predate both Gacy and Pennywise (psychologists suggest that people are creeped out by clowns because they can’t see their expressions under all that freaky makeup).

7. The Hound of the Baskervilles

There are a couple of different local legends that inspired Sir Arthur Conan Doyle to pen this Sherlock Holmes adventure: In the late 17th century, a man named Richard Cabell lived in West Buckfastleigh. He was a nasty squire by all accounts, and eventually murdered his wife, leaving her body out on the moor. Some say that he sold his soul to the devil, and that hell hounds still come out at night to howl at his grave. Others say that his wife's faithful hound tore his throat out after he murdered her, which... sounds a lot more plausible.

Even in Washington Irving's short story, The Legend of Sleepy Hollow, the Headless Horseman is heavily implied to be an elaborate prank, not a real ghost. But there was an actual headless horseman buried in the real Sleepy Hollow, even if he never rose from his grave: on October 31st, 1776, according to the journal of American general William Heath, a Hessian solider fighting for the British was decapitated by a cannon, which also killed his horse. This took place on Merritt Hill, a couple miles away from Sleepy Hollow, where he was buried, sans head.

Zombies are everywhere. They're in our comics, our TV shows, our Jane Austen novels—you can't escape zombies. But where did they come from? The origin story of the zombie is actually intensely sad: many cultures have stories of the undead, but the shambling zombie legend comes from Haitian slavery. Between 1625 and the early 1800s, enslaved people in Haiti lived unbearable, grueling lives, and death was seen by many as a relief. But death by suicide would not lead you to a happy afterlife: instead, your corpse would be condemned to keep walking the plantations for all eternity, an undead slave. Eventually, following the Haitian Revolution in 1804, the zombie myth evolved into reanimated corpses, used as the undead puppets of voodoo priests. From there, Hollywood snatched up the idea in the 1930s, stripped away the slavery allegory, and started pumping out the horror films, which in turn inspired horror authors. So... try to remember the legacy of colonialism the next time you crack open Pride and Prejudice and Zombies.

More like this
Michael & Kathleen Peterson’s House From ‘The Staircase’ Has New Owners
By Kadin Burnett and Kayla Blanton
The 20 Best Audiobooks To Fall Asleep To
By Aoife Hanna and K.W. Colyard
Where Is Dr. Cline Now?
By Morgan Leigh Davies
Why The '365 Days' Sex Scenes Are Good, Even If The Movies Aren’t
By Arya Roshanian
Get Even More From Bustle — Sign Up For The Newsletter