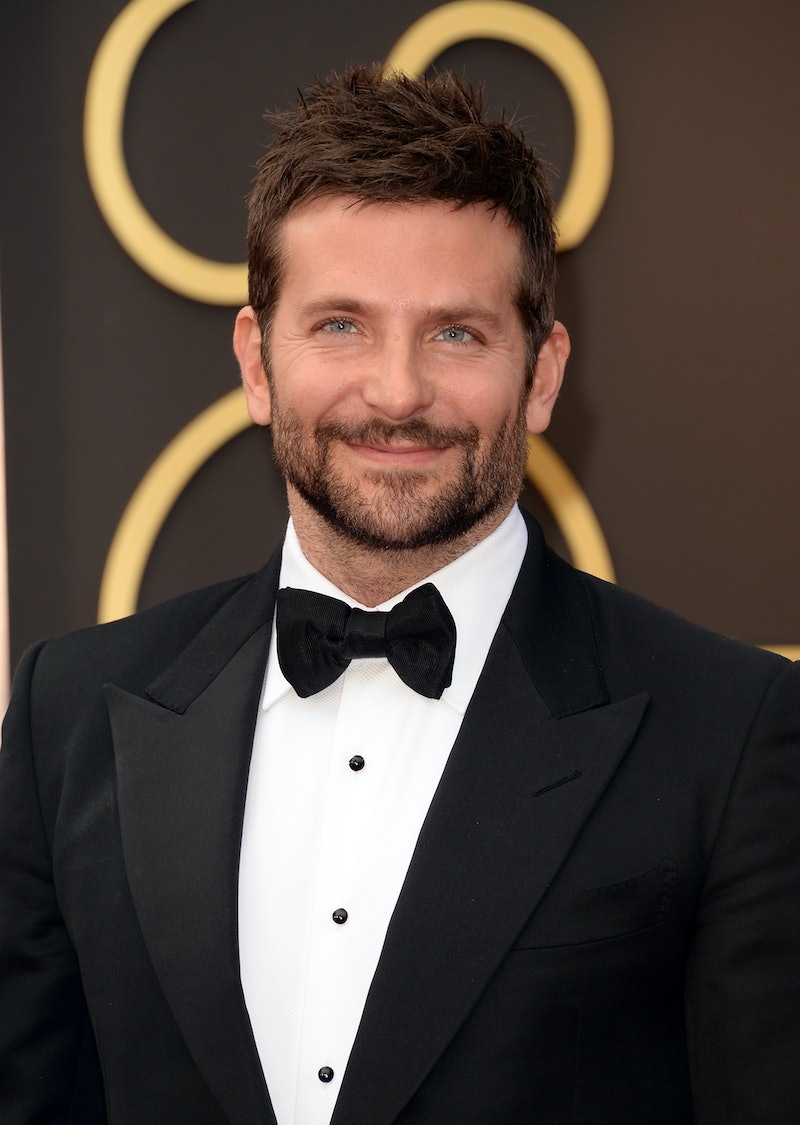 Over the course of his career, Bradley Cooper's been called a lot of things: two-time Oscar nominee; Sexiest Man Alive; the guy who proved Louis C.K.'s theory wrong. This morning, it looked like the actor could add yet another name to add to the list: the next Indiana Jones. Cooper was rumored to possibly star in the fifth Indiana Jones film, but it was revealed just a few hours later that no reboot of the franchise in the works.

Still, the rumors got us thinking: Could Cooper have taken on the iconic role played most memorably by Harrison Ford? The original articles said that Ford, 71, had been deemed too old for the part, and so the studio decided that if the film didn't get underway by a set date, they were "100 percent prepared to recast a younger Dr. Jones and ready up a new trilogy." Cooper, 39, would be a perfect age for the part, and he certainly has the background to support his leading a franchise. Up until now, he hasn't had a chance to take on a leading man part as big as Indiana Jones, and there's no question that if he got the role, he'd become a full-fledged movie star.

Unfortunately, it looks like that won't be the case. If the studio does change their mind, however, then Cooper should be first on their list to play Jones. Sure, some people might balk at Cooper, a guy who as recently as 2011 was starring in The Hangover franchise, living up to Ford's legend, but the two actors have more in common than you think:

Years before Indiana Jones was even a thought in his mind, Ford was starring in another iconic franchise, Star Wars. Thanks to the films' success, Ford became a superstar, gaining international renown and earning millions of dollars. The franchise, perhaps the most most famous in film history, saw Ford reprising his role three more times after the first film.

Cooper's franchise background might not be as acclaimed, but it's certainly successful. To date, The Hangover trilogy has grossed over 1.4 billion worldwide. Although stars Zach Galifianakis and Ed Helms have done well with their careers, it's Cooper, who was already on the verge of stardom, who benefited the most from the films.

2. They Both Started in TV

Although Ford's first acting role was in a film, both he and Cooper truly got their starts from TV. In the late '60s and early '70s, Ford played minor parts in Gunsmoke, Ironside, The F.B.I. and several other shows. Cooper, meanwhile, got his first job playing one of Carrie's dates in Sex and the City , before earning his breakthrough role in Alias just two years later.

3. They Both Owe Their Careers to a Director

Yet for both actors, their real critical success comes from the help of a director who believed in their talent. For Ford, that person was George Lucas, who cast the actor in American Graffiti, The Conversation, Apocalypse Now, and, of course, Star Wars. Lucas was also the mastermind behind Indiana Jones, creating the franchise that gave Ford his most famous role. Likewise, Cooper's career is owed entirely to director David O. Russell, who saw the actor's talent and cast him in Silver Linings Playbook and American Hustle. Before Russell, Cooper was considered just another good-looking comedy bro; after, he was a serious, respected actor with two Oscar nominations in the same amount of years.

4. They Both Have Random, Useful Skills

Both men can act, but they also have skills that have nothing to do with Hollywood at all. In the '70s, Ford was a professional carpenter, and today, he keeps busy by being a private pilot. He's used his helicopter for several rescue missions, and through the Young Eagles program, has helped teach nearly 300 wannabe-pilot kids how to operate a plane.

Cooper's skill might not be as exciting, but it's just as sexy. The actor is fluent in French, having spent six months as an exchange student in France during college. He's shown off his skill on several occasions, and each time is dreamier than the next.

5. They Were Both Named Sexiest Man Alive

Of course, all of those similarities pale in comparison to the fact that both men were named People's Sexiest Man Alive. Ford received his honor in 1998, and Cooper got his in 2011. Franchises and TV starts aside, this is clearly the similarity that matters most.