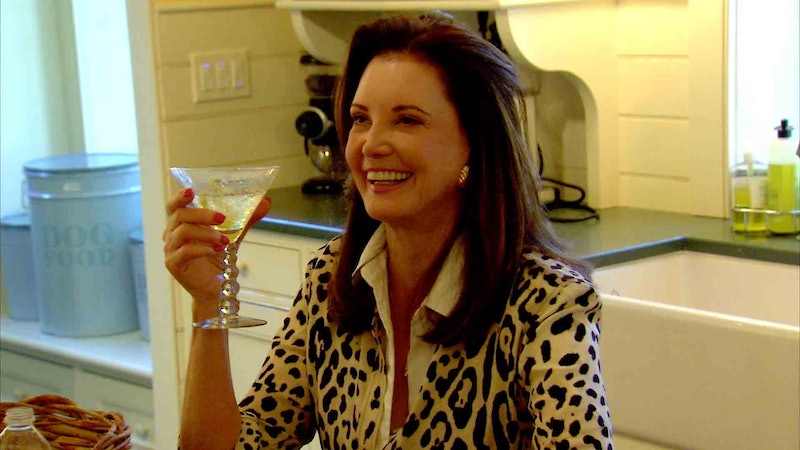 Have your butler fetch you a martini made just the way you like it, because there's some Southern Charm news that you'll definitely want to celebrate. Variety reported not only that Southern Charm has been renewed for another season, but also Bravo is adding a second series to the franchise. So, ladies and gents, say hello to the Southern Charm spin-off: Southern Charm Savannah. This is exciting for many reasons. Not only does this spin-off provide fans of the original with an opportunity to enjoy a double helping of a show they love so much, but it also seems to imply that Southern Charm could become the next big reality TV franchise.

It's definitely easy to envision that this could be the case, especially when you compare the show to a major and successful franchise like The Real Housewives . The formula for both shows is wonderfully simple with a primary fixation on opulent lifestyles, big characters, and some juicy drama in every episode. Like The Real Housewives franchise, the appeal of Southern Charm could be easily transferred to different locations. And hell, as long as each Southern location has its own version of Patricia Altschul waiting there, then I am totally on board.

The Savannah installment of Southern Charm is reportedly focusing around the lives of six lifelong friends, as they love and fight in a place rich with history. This sounds absolutely perfect to me so far. And it's not too dissimilar from the original show setup, which followed the lives of seven single people as they pursued their personal, professional, and, let's face it, incredibly lavish lives.

It might not be a complicated setup for a TV show, but it's definitely one that works. And as The Real Housewives franchise has proven time and time again, reality TV doesn't need a complex formula to be successful. In order to do right by the audience, all the show needs are intensely watchable personalities and jaw-dropping extravagance played out alongside romance and conflicts galore.

Southern Charm has already proven itself on these fronts with its original installment, so it'll be incredibly interesting to see how much of its spirit will change or be adapted in Southern Charm Savannah. Moving forward, the show obviously appears to have all the credentials necessary to become the next big reality franchise. And I, for one, will be eagerly waiting (martini in hand) to find out whether this will be the case.