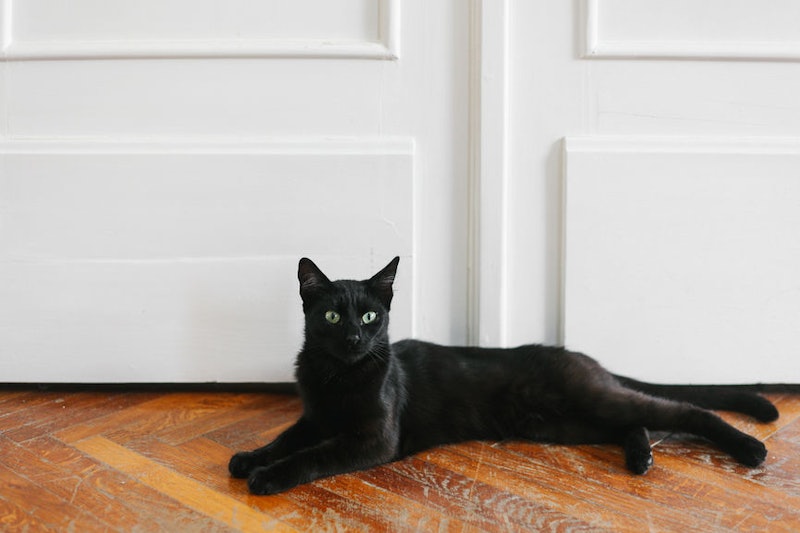 Like most holidays, Halloween is embodied by a medley of traditional symbols and icons. Pumpkins are in season and ghosts are the highlight of scary stories. Yet, I — as I'm sure many others — can't help but wonder why black cats in particular are a Halloween symbol. Obviously, they exist all year round and don’t exactly disappear when Oct. 31 is over. So why are black cats always on the roster of spooky emblems?

As with many aspects of holiday celebrations, history has everything to do with it. It comes down to the historical superstitions of Puritan Pilgrims of Plymouth Colony. This particular group of people lived by a strict Protestant lifestyle, shunning anything that went against their religious beliefs. Since witchcraft was viewed as a practice that worshiped the devil, the Puritans became extremely wary of everything that could possibly be linked to a witch.

Black cats were high up on that list. Legend had it that witches could transform into a black cat and back, emphasizing superstitions of these furry creatures. Some people even believed that witches could re-incarnate into black cats after death. Additionally, there was the Middle Age legend that the devil often gifted black cats to witches to act as their servants. Historically, this creature was known as an “animal familiar.”

The naturally standoffish, stealthy attitude of cats probably didn’t help these felines, either. Paired with their dark fur coats and glowing eyes, black cats were feared as much as the human witches themselves. And as literature about witchcraft became more widespread, a period of “witchcraft hysteria” reigned between 1560 and 1660 in Europe and the New England colonies.

These days, many black cat superstitions still exist. They are often linked to bad luck and are feared by some. Just take a look at television shows, movies, and books; it's not uncommon to see a black cat portrayed in a spooky and tense environment.

So how does this all relate to Halloween? The basis of this modern holiday revolves around all things dark and spiritual. Many of the celebrations that take place during this time of the year focus on honoring the dead. Ancient traditions usually have some kind of link to either the practice of witchcraft or the opposing beliefs against them.

As a result, witches – and their black cats – have become a commercialized symbol of Halloween. And with the recent surge in self-proclaimed proud cat ladies, it’s no surprise that they also double as one of today’s most popular costumes. Need a few tips on sprucing up your basic cat outfit? Check out this list of alternative cat Halloween costumes, just in time for Oct. 31. Happy Halloween, witches!

More like this
21 Absolutely Adorable Christmas Gifts For Dogs
By Carolyn Steber
69 Great Gifts For Guys No Matter What Their Hobbies Are
By Teresa Newsome, Mia Mercado and Brittany Leitner
13 Gifts From Latina-Owned Businesses For Everyone On Your List
By Marilyn La Jeunesse
7 Joyful Alternatives To A Traditional Holiday Celebration
By Jessica Goodman
Get Even More From Bustle — Sign Up For The Newsletter