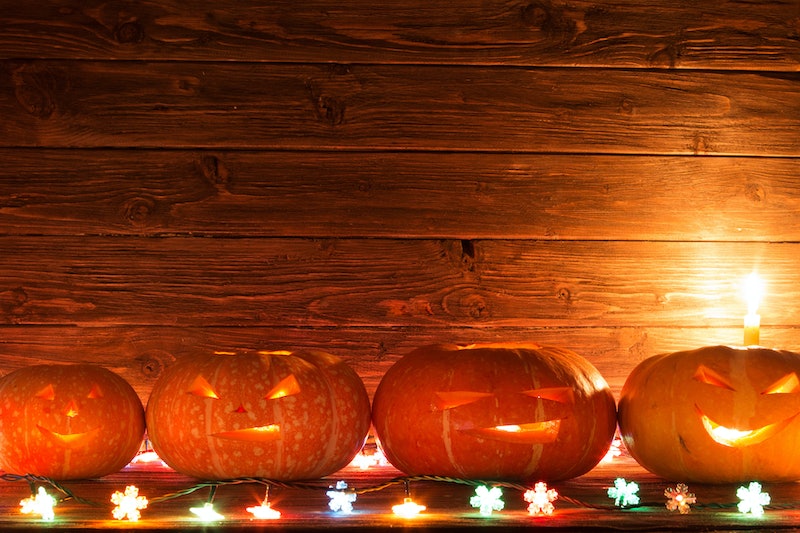 When you love all things festive and fun, decorating for fall can be a real treat. And while many of us have gotten so used to the standard routines of displaying specific items, there are many reasons as to why we put pumpkins out on Halloween. Like many other symbols and décor for fall, pumpkins have become a symbol through a culmination of historical events.

It is easy to associate pumpkins with the season: it makes sense why we would stock up on pumpkins and display them on our front porches and tables. They're a seasonal crop. Plus, pumpkins boast all of the familiar cozy and classic notes of fall. It has become a tradition to indulge in everything that is infused with pumpkin from the glorious pumpkin spice latté to the almighty homemade pumpkin pie.

The pumpkin’s role as a Halloween symbol stretches beyond that, though. It all starts with the history of the jack-o-lantern and an Irish myth starring a drunk farmer named Jack. He wanted nothing more than a drink but didn’t want to spend the cash. Instead, he convinced the devil to turn into a coin. But instead of buying them a few brews, Jack kept the coin (the devil) next to his silver cross. As a result, the devil was not able to turn back into his original form — and he wasn’t happy about it.

In the following year, Jack played even more tricks on the devil. Unsurprisingly, when Jack died, the devil did not allow him into Hell. Alternatively, the devil sent Jack’s ghost off with nothing but a piece of coal to light his way. Jack decided to transform a turnip into a lantern by carving it out and placing the coal inside of it. His ghost eventually earned the nickname of “Jack of the Lantern,” later to be called “Jack-o-lantern.” Legend has it that he still roams the Earth today. (Creepy!)

As a tradition, people Ireland, Scotland, and England started making their own lanterns using turnips, potatoes, and beets. They often carved scary faces and placed the lanterns near doors in order to ward off evil spirits. This practice likely stemmed from the superstitions and strict religious practices of yesteryear.

When the Irish, Scottish, and English immigrated to America, they brought along their lantern-making practices. Once they came across pumpkins, they realized that these vibrant fruits also made excellent lanterns. It’s no surprise that these lanterns became popular during the Halloween season, as the New England colonies were also plagued by a witchcraft hysteria.

And so the pumpkin became a Halloween staple. Based on this legend, it makes sense why pumpkins — carved or not — are traditionally placed on the front porch during the Halloween season. Ultimately, they were used as a tool of protection.

These days, pumpkins are embraced in so many different ways. People have thought of so many awesome non-traditional pumpkin projects that don’t involve carving. Even then, people have thought of countless creative ways to carve pumpkins. It goes without saying that pumpkins have become a classic part of Halloween — all thanks to a legend about a guy named Jack.