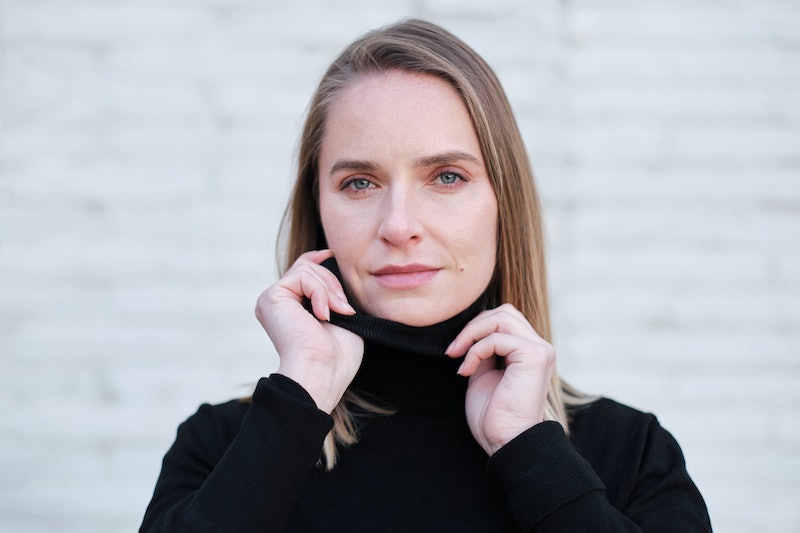 It's 2017, so you would think by now women would no longer be bound by tired gender tropes or attempts by the patriarchy to make us conform into what they think a woman should look and act like. Yet there are many things women are conditioned to be — but don't actually have to be. When you look at the state of society today, sometimes it seems as though we are regressing as opposed to progressing. While it has been almost 100 years since women were granted the right to vote, 53 years since the Equal Pay Act was originally passed, and 43 years since Roe v. Wade, women are still being told what we should or should not (or worse, can or can not) do.

But here's the truth: We have more autonomy than we are often given credit for. There are many warriors in women's history who showed great courage and made great sacrifices so women would have the same fundamental right as men to simply be ourselves. Not the version of ourselves history has demanded of us — put-together and perfect and compliant — but the fierce, nuanced, grown-ass women we really are.

Still, old habits die hard and sometimes we all need a friendly reminder that we don't have to be any of these ridiculous things we've been conditioned to think are "appropriate" for women. Sure, we can be these things if we want to be them; but, we also have the power to buck the trend, too. Feminism is, after all, about choice — being able to choose who you are and what you do. That choice is everything.

Don't get me wrong — I am all for having good manners. Heck, I'm from the South, where being rude is basically tantamount to committing a crime. However, there are so many instances where being rude and ditching the niceties is absolutely warranted, and women shouldn't feel bad about it either. If someone is making you uncomfortable, degrading you, insulting you, or anything in that neighborhood, you are not obligated to smile politely or put your head down and avert your gaze; you can absolutely call them out if you want to. You are not required to make yourself pleasant to someone being unpleasant, nor is it your responsibility to make them comfortable when they are behaving badly. Give 'em hell, girl!

Have we heard this a lot lately or what? Sadly, the 2016 presidential election and the ensuing administration seems to have unearthed all of the misognyists in the world, all of whom seem to feel they have the right to weigh in when they feel a woman isn't wearing enough makeup or doesn't have her hair coiffed enough to suit their standards. ("Just look at her," they say. "Who would vote for a face like that?" they say.) Women have been conditioned to believe we should look pretty around the clock — when we are at the gym, when we just rolled out of bed in the morning, when we are having the worst day of our lives. But, c'mon, ladies. We all know that's BS, right? For starters, "pretty" is such a subjective thing. There are lots of different ways to be pretty. And what's more, someone trying to impose their arbitrary ideas of it on us is a bunch of hogwash. You are under no obligation to look a certain way because someone else would prefer you do.

This kind of goes hand in hand with being polite. However, one could argue a woman could be polite and yet not proper. When it comes to being "proper," we're talking about all of those entirely natural things that men do that women are supposed to pretend like we don't do. Things like burp, and fart, and, yes, poop. Spoiler alert! Oh, and hey, it's OK for women to use "bad" language, too. In fact, some of us consider ourselves poets of explicit language, and that's our prerogative. It does not make us any less of a woman if we like to drop the F bomb in casual conversation.

Not only is it unfair to assume all women are or should be delicate, but it's also wildly inaccurate. Women — people — come in all shapes, sizes, and builds. For example, I have broad shoulders and wide hips, which my grandmother used to say came from her German lineage. Wherever it came from, it doesn't make me feel unfeminine. In fact, I feel very womanly in my body because it is strong. Women don't have to be shrinking violets. We can play sports, lift weights, drive race cars, or any other manner of thing we choose to do, and we don't need a big, hulkin' man to be our protector. Women are powerful AF, in case you missed it.

I'm not saying you should become a braggart (although, let's be real, dudes do that all the time and they're just called "successful"); the point is, though, that women have been programmed to think being proud of our accomplishments is arrogant and unbecoming of a woman. That logic is garbage, though. If you have done something worthy of being proud of, you shouldn't feel ashamed to hype yourself a little. Or a lot. Your accomplishments deserve to be celebrated, and sometimes that celebration starts with you.

For basically my entire life, I have believed that women are supposed to be selfless. We are the martyrs who take care of everyone else first and ourselves last. We stretch ourselves so thin we are nearly transparent in our singular obsession with doing for others. And there is nothing wrong with doing for others. It's a beautiful thing! But we can't help other people if we don't look out for ourselves as well. The idea of being "selfless" is a bit troubling, too. Why would I want to be devoid of "self"? By definition, to be selfless is "having no concern for self." Correct me if I'm wrong, but being at least a little concerned with self is what keeps us alive, right? There is nothing wrong with taking care of yourself. You can still be a generous, compassionate person without completely casting your personal well-being aside.