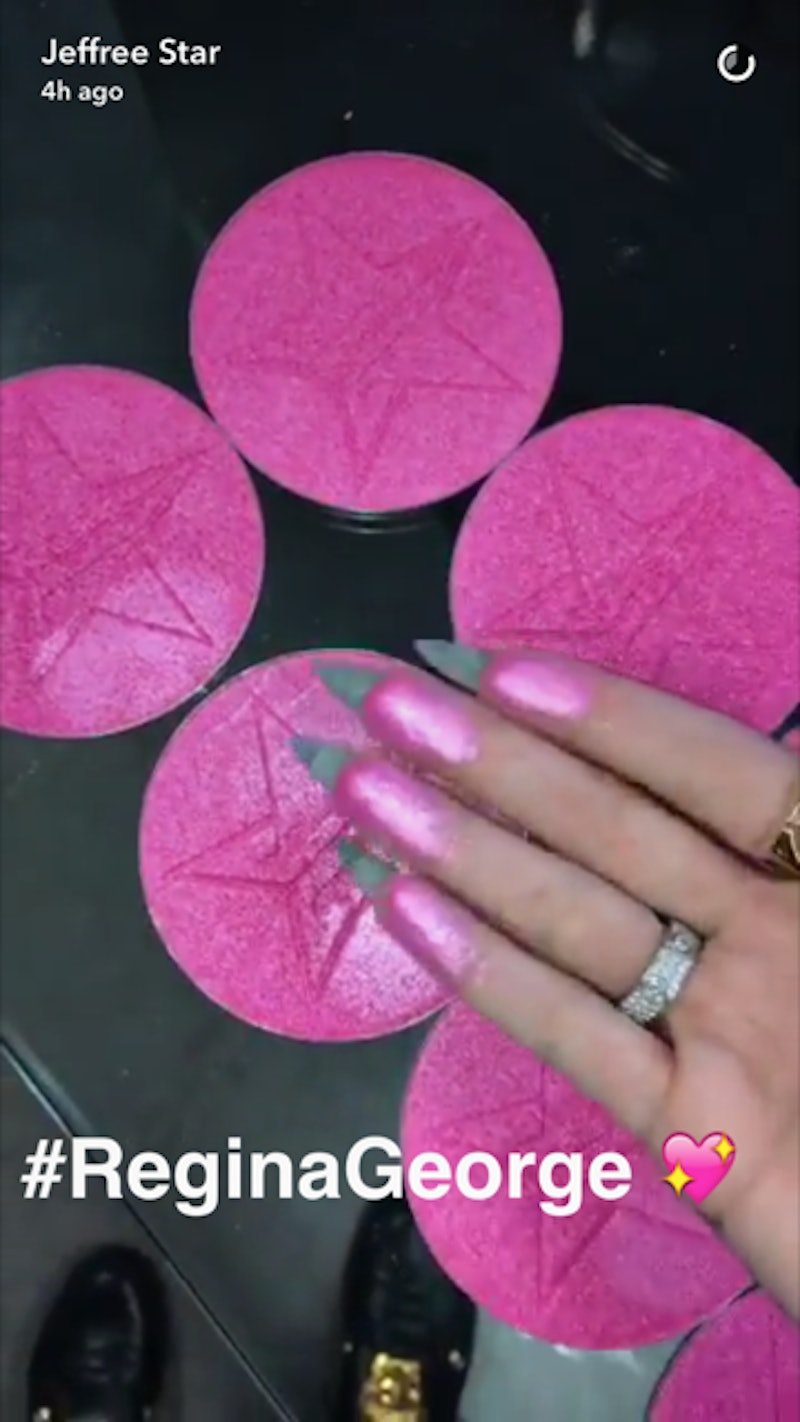 Jeffree Star's line of cosmetics is easily one of the most well-known and respected among brands. From his top-selling Velour Liquid Lipsticks to his incredibly pigmented Skin Frosts, Star is now a leading name in makeup. Now, Jeffree Star's new Regina George highlighter is showcasing not only his ability to create innovative products but to have a bit of fun while doing it. Star's latest hue is an unexpected pop of vibrant pink to match his signature packaging. The best part, though? The name.

Jeffree Star's new pink highlighter is named after infamous film character Regina George. That's right. The queen of mean herself is the inspiration and with the incredible pink color, its clear why Star chose the name. On Wednesday, Star debuted his latest addition to the Skin Frost line, and it was a colorful burst that everyone needed to perk up their hump day.

Given that the new highlighter is hot pink and named after Regina George, the fact that it made its social media debut on Wednesday is just too perfect. Clearly, Star knew what he was doing when he showcased the new shade. The hue isn't just clever, either. It's totally different than many products on the market right now.

According to Star's Instagram — which seems to have been taken from a Snapchat video — the new highlight will debut during the holiday season making it perfect for parties. Come Black Friday, you can snatch up this gorgeous hue.

You may want to go ahead and plan to purchase it, too, because according to Star, the gorgeous highlighter is limited edition. Plus, fans are already stoked.

Who can blame them, though? This product is perfect for Mean Girls fans and beauty lovers alike. It's even better if there's crossover.

So brace yourself for an incredible new addition to Jeffree Star Cosmetics and be ready to get your glow on. Who could resist with this beauty?

More like this
Pat McGrath’s New Highlighter Duo Will Give You A Galactic Glow
By Tomi Otekunrin
The Friends Of Glossier Summer Sale Is Back
By Tomi Otekunrin
What Are "Gym Lips" & Why Is BeautyTok So Obsessed With Them?
By Olivia Rose Ferreiro
19 Memorial Day Beauty Sales To Shop In 2022
By Audrey Noble
Get Even More From Bustle — Sign Up For The Newsletter