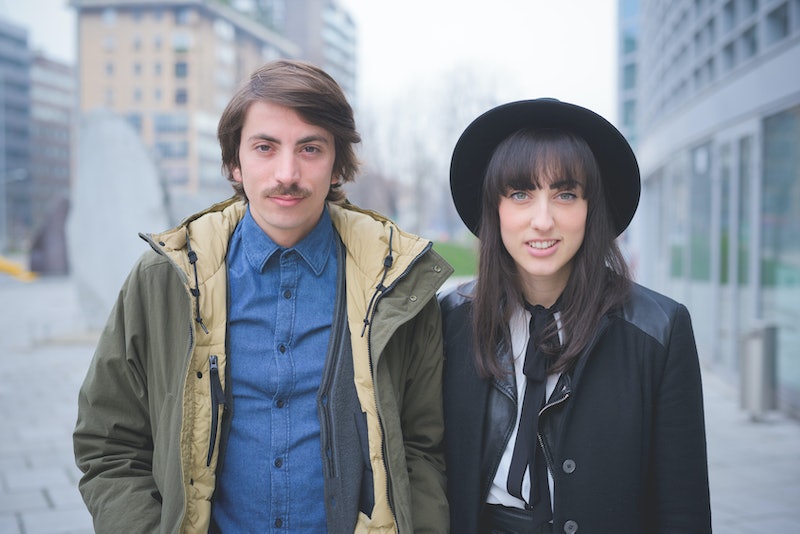 Movember is that one month a year where men grow mustaches for men's health issues, most notably prostate cancer, testicular cancer, mental health, and suicide prevention. Originally something that was strictly a movement in Australia, as far back as 1999 (although it became “official” in 2003), Movember events are now held in over a dozen countries, has raised over $710 million, and helped fund over 1200 men's health projects in 21 countries, according to the Movember Foundation. I mean, who doesn’t love a man with a mustache? As someone who just came off a weekend-long Narcos marathon, I think it’s the sexiest type of facial hair a guy can have. Apparently, I’m not alone.

Dating site PlentyOfFish recently conducted a survey of 500 heterosexual female members, 21 and older, across the United States to see how women feel about mustached men. What they found is that women are really into guys who participate in Movember, because obviously charity and giving a damn is hot. Of those surveyed, 63.7 percent of women consider a guy more attractive if he participates in Movember, than if he doesn’t.

But while there’s no denying that a guy who’s aware of just how important health is is sexy AF, PlentyOfFish’s findings didn’t stop there. Here are nine other findings from the survey.

1. Overall Women Aren’t Really Sure What A Mustache Says About A Man

2. Some Women Think A Man With A Mustache Is Looking For Attention

Perhaps it’s because hipsters have made the mustache their “thing,” it doesn’t exactly win over all hetero women. For 4.4 percent of women, a man with a mustache is just looking for attention. In the same vein, 5.5 percent of women think a mustached man is trying too hard.

3. Women Are Unsure About What A Mustached Man Wants

4. The Caliber Of The Mustache Says So Much

For 33.9 percent of women, mustaches make a man look more mature. For 22.3 percent, a mustache makes a guy look masculine and for 26.4 percent it makes them look sexy… as evidenced by Pedro Pascal. 17.4 percent wrote in their answers to this one, but tragically, I don’t have access to all those write-ins.

6. Women Think The Goatee Will Be Making A Comeback

For reasons I can’t even begin to comprehend, women think the “sexiest trend in men’s facial hair in 2017” will be the damn goatee, with 23.98 percent believing this. Not far behind, with 22.08 percent, is the mustache and beard combo, which I’m pretty sure is basically just a beard, but I’m no facial hair expert. For 21.68 percent, the five-o’clock shadow look will be the sexiest.

7. Almost 50 Percent Of Women Think Mustaches Look Out Of Date

Although I think we can all agree that, for a while there, the ironic mustache was a thing because it did look out of date, that doesn’t feel like the case anymore. But, for 48.15 percent of women, that’s the reason why they don’t like mustaches. Coming in second, at 18.52 percent, was another write-in option as to why women don’t like mustaches then, at 14.8 percent, the reason women didn’t care for them was because how it felt during kissing. Which is understandable; facial hair can take a toll on your face.

8. Some Women Will Dump A Guy Over Facial Hair

While the percentage is small, only 8.3 percent, some women will actually dump a guy because of his facial hair. For 29 percent, it really depends on just how bad this facial hair is, as to whether or not it’s a deal-breaker. But, for the most part, women, at 62.7 percent, think you just need to accept a mustached man for the mustached man he is.

9. The Era Of The Mustache Is Assumed To Be Over

While the mustache will always have its place in Movember, of the women surveyed, some of the same women who are into goatees mind you, only 3.2 percent think the mustache will be the sexiest trend in men’s facial hair next year. The only two facial hair trends that got less percentages are the handlebar mustache, at 0.4 percent, and mutton chops, at 0.6 percent. Again, there was a write-in option, but whether or not anyone amongst that 4.9 percent wrote in “soul patch,” will forever remain a mystery… although I really hope not.