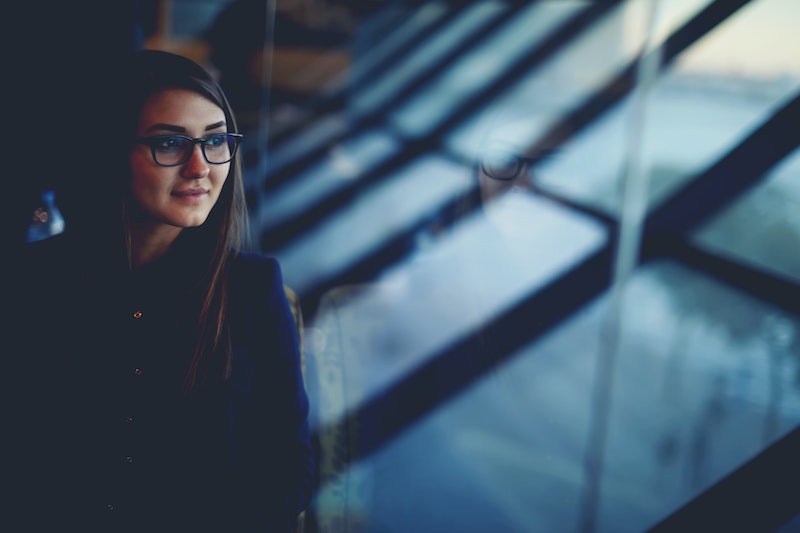 With all the holidays coming up, chances are that you’ll be going to the airport at some point — whether you fly directly from Point A to Point B or have layovers at other airports en route. And while doing so, maybe you’ll make a connection — with a fellow passenger, not just your next flight. So what are the best airports for meeting someone in the U.S., you may wonder? Happn, the dating app that uses geotracking to alert you as to when you and a potential match crossed paths, has the answer.

“With the holiday season right around the corner, Happn users will be traveling through airports all around the country. The amount of time spent in airports can drag on, but on the other hand, the airport could be the perfect place to make a meaningful personal encounter, or maybe even a love connection,” Didier Rappaport, CEO and founder, Happn tells Bustle. “These are the top airports where there is the best chance of crossing paths with and meeting that special someone on Happn. It’s no surprise that our list featured hot spots, like JFK, SFO, LAX and O’Hare — bustling travel hubs with so many chances to connect.”

There’s an endless amount of places to meet someone at the airport — at a bar, restaurant, coffee shop, airport lounge, in line, while changing planes, on the plane, and the list goes on and on. Maybe airport meet-cutes don’t just happen in movies like The Terminal with Tom Hanks and Catherine Zeta-Jones.

For instance, one Christmas, a guy broke my heart and I got on my flight crying. It was a red-eye from L.A. to Chicago (with a connection in Phoenix) and a perfect setting to cry myself to sleep… or so I thought. A very nice (and cute) guy was seated next to me from L.A. to Phoenix, but I was more in sad mode, not meeting-someone-new mode. Plus, I was reading that funny tongue-in-cheek book, Why Men Love Bitches (not exactly pick-up material!). However, it was a great reminder that not all guys were awful. It happened to be the guy’s 21st birthday, so I bought him a drink during our layover (and then we’d be getting on different planes).

Then, who was my seatmate from Phoenix to L.A.? A guy with the biggest dimples I’d ever seen — who also happened to be super nice and from Chicago, too. I remembered my tear-stained face — embarrassing. But, between handing me napkins for all my tears, he and I ended up talking the whole time. We went out a few times afterwards, and are still friends to this day.

When you see the list below, you’ll see that all three of the airports I named, L.A., Phoenix, and Chicago, made Happn’s top 10. Their top 10 airports list is based on a collective total of 8,000 active users and was determined by where users are mutually connecting the most). Here’s the DL on Happn’s 10 most romantic airports in the U.S., because love is def in the air — and at an airport terminal near you:

So an airport (or airplane) connection can happen to you, too (tears or not). You never know. Here’s the whole list in one place.