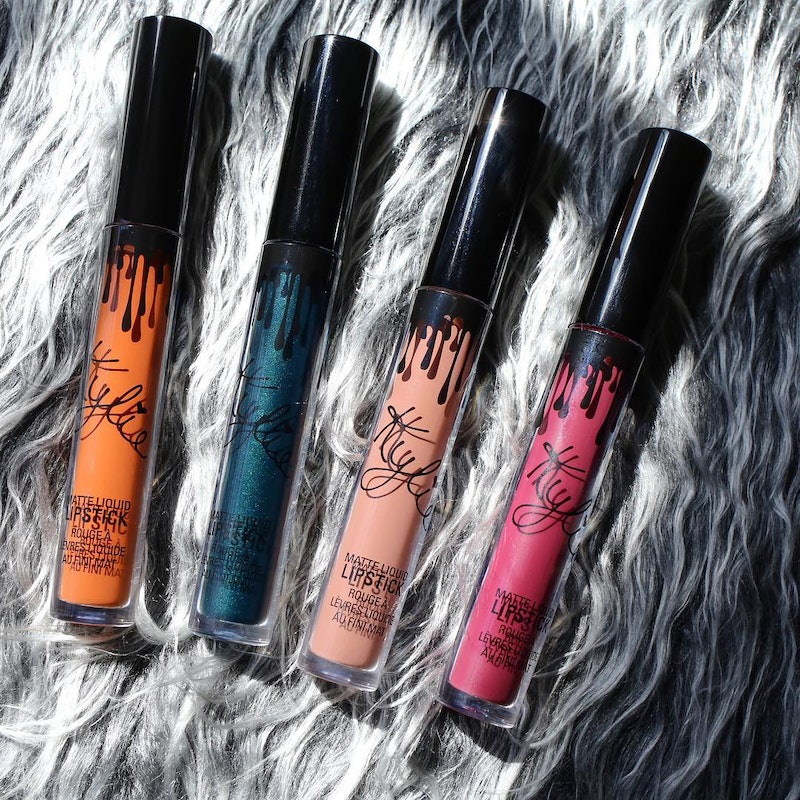 On Thursday, Kylie Jenner announced that her first holiday surprise product would be debuting on social media. While there's been no word on what exactly the product will be, what fans do know is that the new Kylie Cosmetics holiday surprise is a collaboration. It's Jenner's very first collab with a non-charity — see her Smile lip kit in collab with SmileTrain — but she's being pretty mum on social media in terms of hints. However, she is asking fans to tweet her guesses on who it is and some of them are pretty legitimate options.

Jenner has long been a proponent of supporting makeup artists. One look at the Kylie Cosmetics Instagram account and you'll see that the brand loves to retweet and repost the looks of makeup artists. She's all about showcasing talent and appreciating others' work. While the collaboration was definitely not expected by fans, it's definitely sent them over the edge with guesses on who it is. From YouTube beauty vloggers to other brands, fans have some seriously good guesses about who it could be.

On top of not knowing who the collaboration is with, fans also don't know what it is. The big takeaway, though, is that a collab is coming and fans want it soon.

Who do fans think it could be?

Star is a top choice on Twitter, and it would definitely be a cool surprise.

Honestly, I would have lost my mind if this were true, but unfortunately, Hill already took to Snapchat to debunk the rumor.

This brand would make tons of sense. Jenner's a huge fan of their products.

Considering Jenner's love of MAC's Whirl pencil, some believe this is the upcoming collab.

So far, there's been no update from Jenner regarding the Kylie Cosmetics collaboration. She has, however, promised to reveal it today. Fingers crossed that it's soon, fans!