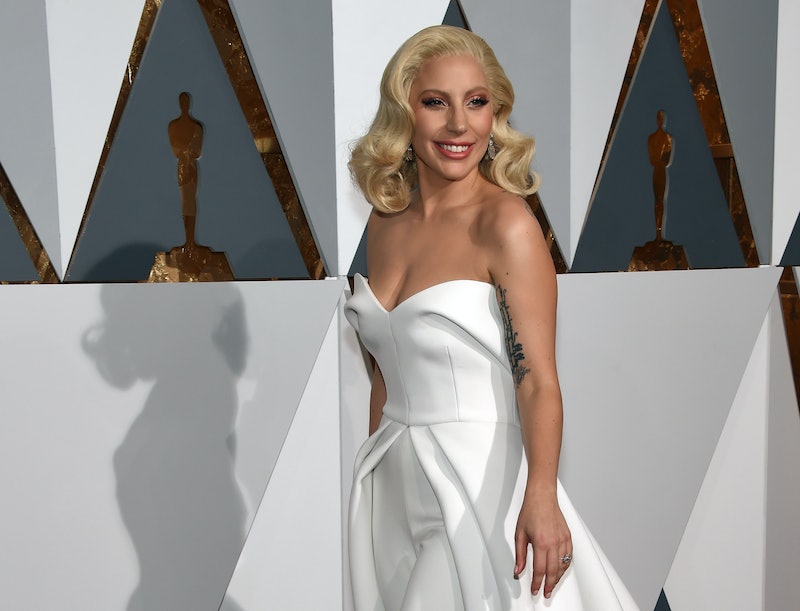 For Lady Gaga, Versace is a role she was born to play. Murphy has long seen Gaga's potential as an actor. He cast her in Seasons 5 and 6 of American Horror Story, but as good as she was as the Countess and the wood witch/original supreme, Versace is a role near and dear to her heart. Gaga has long admired the designer and her work. In 2013, Gaga included a song written for Versace on her album Artpop , and the two women are friends in real life.

It is not at all surprising Gaga has so much respect for Versace when you consider how much the two have common. Both women are trendsetters, known for throwing unique parties and being deeply in touch with their creative sides. They are fearlessly original, and the kinship between them is going to help Gaga bring a fictionalized version of Versace to life with all the vibrancy and emotion the larger-than-life figure deserves.

The similarities between Versace and Gaga are so strong, they even physically resemble each other. Murphy could not have picked a more appropriate actress to play Versace, particularly in a story that will be deeply personal for the designer. In Gaga's hands, Versace will know her family will be treated with respect, but more than that, the singer's personal connection to Versace gives her insight into the real person behind the amazing fashion icon that a precious few people have ever been allowed to meet.

With the release of her latest album, Joanne, Gaga revealed a stripped-down version of her own grand persona. The performer has been on a journey of self-exploration that led her to expose some of the most private parts of her being to her fans. Playing Versace is a natural next step.

Gone are the trappings of the horror genre that have allowed Gaga to play up her inner little monster. In American Crime Story, she will be tasked with portraying a real person she admires and knows. She is being given a chance to show off just how talented she is as an actor, and the results are sure to be captivating.

American Crime Story Season 3 will begin filming soon, but there is no word yet on when it will air. First up is the Season 2 exploration of Hurricane Katrina and its aftermath. I have a feeling your patience will be rewarded though, Lady Gaga fans — Versace is a role of a lifetime and the performance will be well worth the wait.