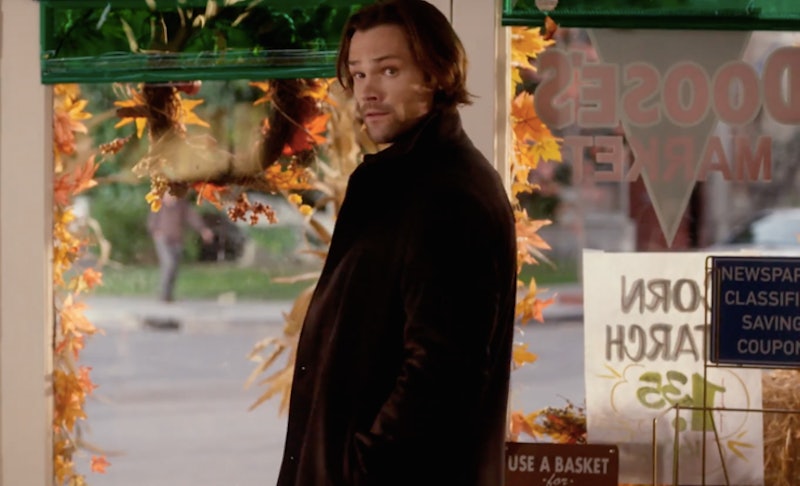 At this point, it seems highly unlikely that Rory Gilmore and Dean Forester will end up together in the Gilmore Girls revival, and I am OK with that. Having Rory's most significant boyfriends return to her life feels like it is more about Rory revisiting past versions of herself as she embraces her current Kerouac state of mind than it is about love. Each guy represented a different point in Rory's journey of growth, and Dean was the first, the one who was with her as she took her first tentative steps toward adulthood. In that way, it is only fitting if he is also the one who ushers her into the next phase of her life during their reunion in the revival.

Rory and Dean's revival moment — and given that Jared Padalecki only filmed for one day, I do believe it will be a single moment — needs to be about closure and new beginnings. The one thing I want most from Rory and Dean's reunion is for these two characters to sit side by side as adults and just talk about who they are now. Dean and Rory shared a lot of firsts together (they also made at least one major mistake together) and their goodbye was a heartbreaking, open ended pit of sadness. Dean walked away believing he wasn't good enough for Rory, and Rory was instantly absorbed into Logan's world of wealth and debauchery.

Dean is Stars Hollow for Rory, as he represents home, innocence, and youth. Before Rory can move forward, she needs to go home again, take a look at where she started, and decide where she is going next. Rory has to say goodbye to Dean, once and for all, and say farewell to her childhood in the process. She has to go back in order to go forward.

In the official trailer for the revival, Dean is seen exiting Doose's Market, the place where he and Rory first kissed. There's even a sign advertising corn starch in the window, the infamous item Rory accidentally shoplifted after said first kiss. The scene is brimming with nostalgia. If Rory is in the store with Dean she has to be seeing her past stretched out behind her, but with a little push from Dean she may also see her future.

Rory was always going to leave Stars Hollow. Her life was meant to be a big one, full of adventure, stories to be told, and people to meet. Stars Hollow will always be a safe place to land, but she cannot stay there if she hopes to move forward in her life. Rory and Dean need to say goodbye, a real one this time, and in doing so, Rory can bid farewell to Stars Hollow too.

There needs to be some importance to Rory and Dean's paths crossing again. Symbolically, Dean is Rory's past, but just from a character standpoint, it would be beautiful to see Rory and her first boyfriend catch up, compare notes on their lives, and offer each other advice, just like old times. Dean and Stars Hollow will always hold a special place in Rory's heart. If she has to leave them both behind, then she deserves one more old school moment standing in Doose's with the first boy she ever loved. The fans deserve it too.

When Rory and Dean finally get the closure they deserve, Rory can decide where she's going next, and maybe even who she will share that stage of her life with. Dean's role in the revival should be the same role it was in the show: Rory's first step toward a new beginning.