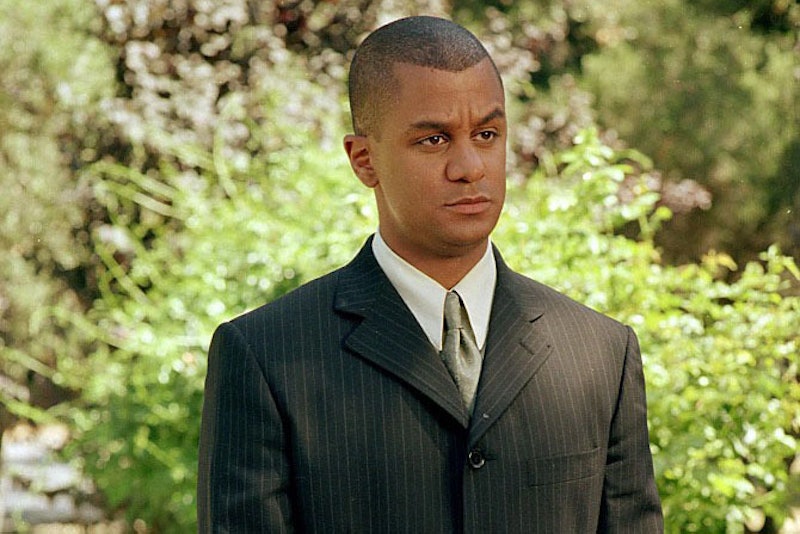 It's time to start talking about what could happen beyond Netflix’s Gilmore Girls revival, because I, for one, am already on board for more, and I’m not the only one. Yanic Truesdale, who plays Michel Gerard, is open to doing more Gilmore Girls episodes after the four hitting Netflix on Nov. 25. “I don't know if we're supposed to do more, but would I do more? Yeah, sure,” he tells Bustle. “I mean, the scripts are so good and you'll see when you see the episodes.”

Though it's not up to him, Truesdale thinks there's room for more content from the creator. “I think Amy [Sherman-Palladino] had a lot to say these last years, and she didn't write the last season, so I think for her it was a lot there," he says. "I think she would still have a lot to say, but it's not for me to decide.”

I know I would love even more time to learn about Truesdale's GG character, who has always been a mystery on the show. Fans know that the easily-angered receptionist grew up in France, eats very healthy foods, loves Celine Dion and his two puppies, but, beyond that, he's pretty secretive. But, Truesdale did hint to US Weekly that we would be finding out more about Michel in the revival. “I definitely have an arc and stuff going on in my personal life that affect the character,” Truesdale said. “So, the fans can expect to discover more about Michel.”

If viewers do get more episodes beyond the four, these are some potential Michel plot lines that could reveal more about the mysterious man.

I would love to see a Michel wedding and for it to happen at the Dragonfly. Of course, no swans are allowed to join the festivities.

Who doesn't want to see Michel at a Celine Dion concert? Better yet, what would happen if Celine guest starred on the show and popped by the inn? It would be a beautiful moment because everyone knows Celine Dion is beyond amazing.

I will never forget the wonderful episode in which Michel’s mom came for a visit. I would love to see a sub-plot line of her having to move in with him in Stars Hollow. I bet she and Emily would get along swimmingly. Truesdale tells Bustle that his mom will not be in the Netflix revival "this time around," but maybe in those future episodes the actor is interested in doing...

Supposing Paw-Paw is still alive, or Michel has replaced both him and Chin-Chin since the original seasons, it would be cool to see the Dragonfly host Michel’s dog’s birthday party. There would be an amazing theme and Sookie would try her hand in making gourmet dog food. Priceless.

A whole episode dedicated to Michel going home to France. Maybe for some reason Sookie and Lorelai would have to go with him and it would be an adventure abroad together.

The Entire History Of Michel Gerard

Remember that one episode with the flashback to Lorelai giving birth to Rory? I would love random flashbacks of Michel Gerard’s childhood. He grew up in France, but why did he come to America? How did he get the job at Independence Inn? Literally any history we don’t get from this round of episodes could be further explained in more episodes.

Anyway, this is pretty much my way of telling Amy Sherman-Palladino that fans need more than four episodes. Thank goodness one star is already on board.