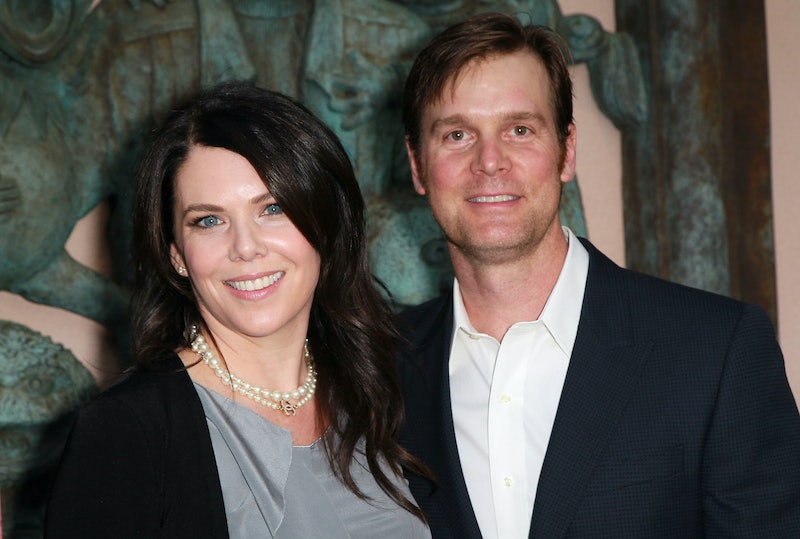 The one thing on every Gilmore Girls fan’s mind these days is what will happen with Lorelai Gilmore’s love life in the revival episodes set to premiere on Netflix on November 25. But what about the woman who plays Lorelai? Fans of the show have known for some time that Lauren Graham has been dating Peter Krause since 2010, but is Lauren Graham married? Krause made an appearance in her Election Day tweet that has a lot of people wondering if their relationship has become something more.

I don’t want to read too much into anything, but it’s often said that some people are married to their political ideals. Graham has always seemed like one of those voters, casting her support for Hillary Clinton as far and as wide as she possibly could. So when, on Election Day, she posted a picture of her beau beside the presidential nominee with the caption “#ImWithHer #AndAlsoWithHim,” I started to wonder if Graham was trying to communicate that she was married to someone other than just her candidate. Is it possible that Graham and Krause have gotten married without letting anyone know?

Considering how secret these two are about their personal lives, I wouldn’t be entirely surprised. But, like the news that Alexis Bledel had a baby without anyone knowing about it, I would imagine any marriage would have been revealed by now.

Besides, Graham has spoken openly about how happy she is with her relationship exactly as it stands. In a 2014 appearance on The Ellen DeGeneres Show, Graham said that she already feels married after five years with Krause, adding that their relationship is “good the way it is.” “Aren’t we married already?” she asked the television host.

They may not be legally married already, but, after six years together, their relationship is strong. If her tweet is any indication, this couple is happier than ever with the way things are.

More like this
Mel C Wants You To Know That Margaret Thatcher Wasn’t A Spice Girl
By Darshita Goyal
Here’s Everything You Need To Know About Operation London Bridge
By Bustle UK
Khloé Kardashian Is Reportedly Dating A Private Equity Investor She Met Through Kim
By Jordyn Tilchen and Jake Viswanath
Dixie D’Amelio & Noah Beck “Love Each Other” Despite Breakup Rumors
By Julia Emmanuele, Jordyn Tilchen and Grace Wehniainen
Get Even More From Bustle — Sign Up For The Newsletter