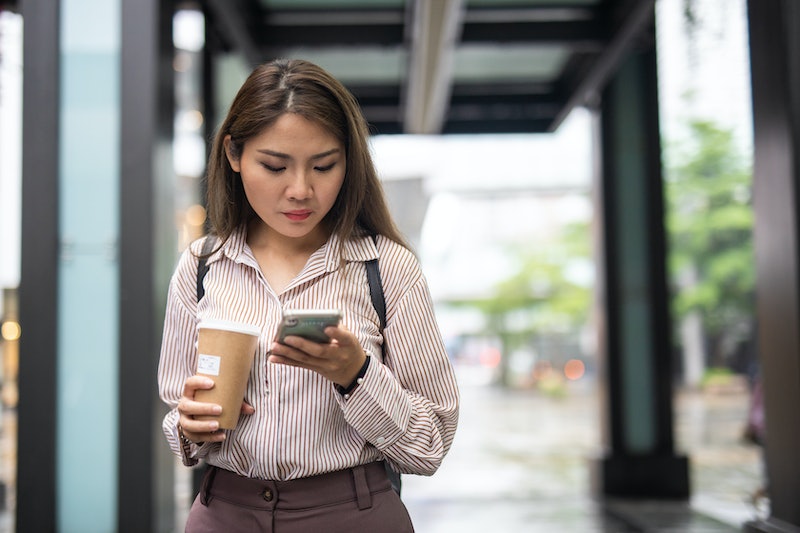 Listen, Millennials. We need to talk. This morning, you may be waking up to the images of the Millennial electoral maps on your Twitter feed, and you will undoubtedly react to them the way that I did at first. Anger. Outrage. Maybe a little bit of pride. Because if you look at the projection of how the election would have turned out if Millennials had been in charge of the vote, Hillary Clinton would have won the presidency by a landslide.

By this virtue, it might seem incredibly easy to blame the older generations for putting us in the position we are in right now — namely, having Donald Trump as the president-elect of the United States. After all, it's their votes that screwed with our perfect Millennial maps again, isn't it? In that sense, this is just one more mess the Baby Boomers have left for us to clean up in their wake. We are inheriting this presidency the same way we inherited the bad economy, inherited an impossible job market, and inherited the ability to go dead in the eyes and nod as your grandparents say something vaguely racist at the Thanksgiving dinner table.

Oh, my friends. If only it were that simple.

These images in the aftermath of the election, provided by an interactive election map on Survey Monkey, are a handy tool to give you an overview of how the race would be different depending on whether certain populations voted on their own. And yes, it paints Millennials a pretty picture of hope for the future. But here's the picture it didn't paint: Millennials didn't show up to vote.

Yeah, yeah, plenty of us did. But it wasn't enough. While the numbers aren't firm yet, as the country is still gathering demographics data, this much we do know: We saw significantly lower Millennial voter turnout in 2016 than we did for Obama in 2012. That means that the largest and most influential generation — a generation which is certainly larger now than it was four years ago — collectively dropped the ball.

What's worse is that we saw this coming. There were countless initiatives inspiring Millennials to vote. Registering was made more accessible than ever on social media. Beyoncé and Lady Gaga and every liberal celebrity under the sun did their damnedest to get us to the polls. Quartz published an article with a now-haunting headline "Lazy millennial voters could hand Trump the US presidency."

Look at those maps and make no mistake, Millennials: We did.

It is, quite frankly, terrifying that we are looking at Millennial electoral maps like this with "hope for the future." If we had all done our civic duty, that future would have been today.

If you think those lost votes don't matter, consider this: Millennials already outnumber Baby Boomers, and have more power in the electorate than they do. Sure, it was the Baby Boomers' votes that influenced this election — but only because we weren't there to stop them. It is, quite frankly, terrifying that we are looking at Millennial electoral maps like this with "hope for the future." If we had all done our civic duty, that future would have been today.

Those of us who didn't vote, maybe you thought you were safe. Maybe you felt ambivalent. Maybe you were selfish enough to think that because the outcome of the election didn't directly affect you, that your vote didn't matter. But watch what happens in the next few years. Watch how very, very real the consequences of our inaction are. And every year, but especially in four years, when we have a chance to fix this mess, for the love of all that is good and right and just in this world, VOTE.