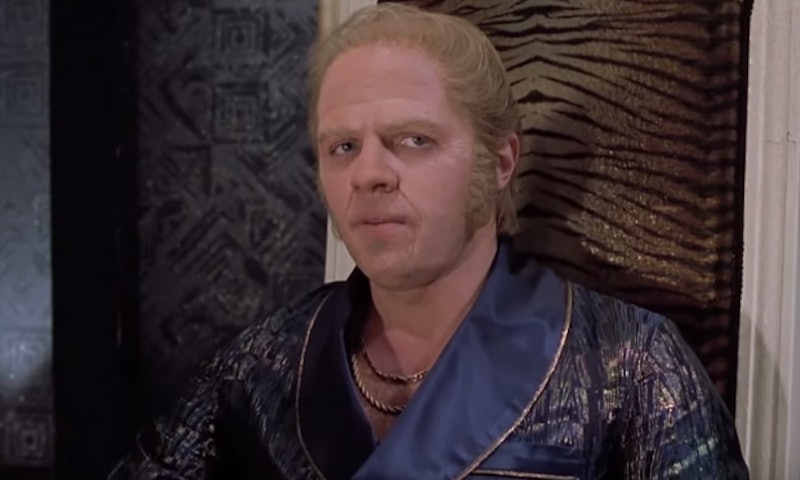 A lot of people, myself included, were completely and utterly shocked that Donald Trump was elected as the next president of the United States on Nov. 8. The most offensive presidential candidate in history, with no political experience and seemingly no idea of how to govern, brought his insurgent campaign to its most surprising conclusion by claiming victory from Hillary Clinton. The polls got it wrong. The media got it wrong. No one predicted this outcome — except for the people behind Back to the Future Part 2 , because Donald Trump is basically Biff from the desolate alternate future of that movie.

Back to the Future Part 2 takes place in 2015, and while the movie didn't get everything right — there still aren't any actual hoverboards to ride around on (those glorified fire-starters with wheels don't count) — it was a pretty solid prognosticator of other things. For instance, the Chicago Cubs are indeed World Series champions, although they won a year later than the film predicted. But the film's depiction of a disastrous future in which a womanizing, arrogant casino mogul cons his way into political power and runs his homeland into the ground seems pretty dead-on for the situation America woke up to on Nov. 9, as Charlamagne Tha God pointed out during his appearance on Stephen Colbert's Showtime election special Tuesday night.

In the movie, the 1955 version of Biff is given a sports almanac by the time-traveling 2015 Biff of the original timeline, and he uses its statistics to win loads of money in sports gambling. He then parlays his winnings into business ventures, lobbies to legalize gambling in Hill Valley, and builds a garish casino that destroys the town. Biff acts like a monster toward women, cares only about himself, cons the townspeople into believing he is some kind of folk hero, puts up ugly buildings with his name on them, and sports a wispy blond combover. He's pretty much a dead ringer for Trump, and its turns out that's no accident. The film's screenwriter, Bob Gale, insists that the character was based upon the president-elect.

When asked by The Daily Beast's Ben Collins if he thought about Trump's similarity to Biff during his political rise, Gale said, "We thought about it when we made the movie! Are you kidding? You watch Part II again and there’s a scene where Marty confronts Biff in his office and there’s a huge portrait of Biff on the wall behind Biff, and there’s one moment where Biff kind of stands up and he takes exactly the same pose as the portrait? Yeah. That's what we were thinking about."

Since Back to the Future Part 2 accurately predicted the political rise of Trump, maybe that means real hoverboards will be on the way soon, too. Hey, take your silver linings where you can.