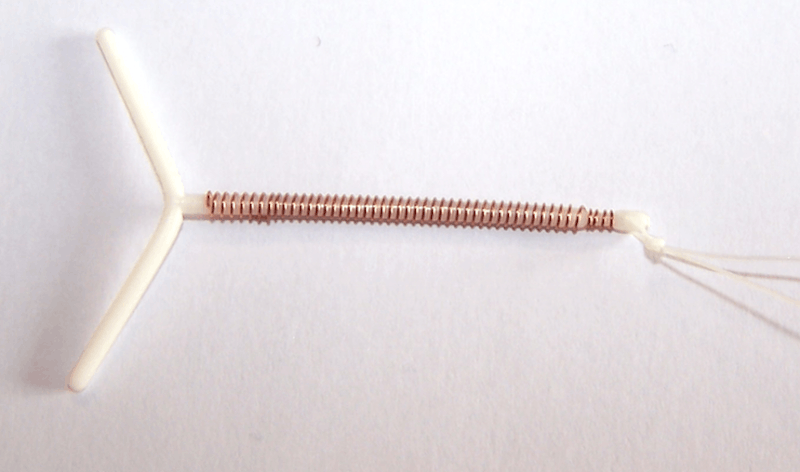 It's been only days since Donald Trump became the president-elect, but you've probably already been inundated with messages about getting an IUD before Donald Trump becomes president. And, on the one hand, there's a really good reason for this: Right now, thanks to Obamacare, aka the Affordable Care Act, women are guaranteed free access to birth control including, but not limited to, the IUD. But Trump has vowed to repeal the Affordable Care Act, and we have no idea what state women's reproductive health will be in if that happens. We do know that Mike Pence, the vice president-elect, has a pretty terrifying history when it comes to reproductive health in Indiana. We also know that Trump said there should be "some sort of punishment" for abortions and, although he took it back, that's not exactly a statement you can forget.

So why IUDs? Well, they offer a long-lasting, reversible option. You can get hormonal or non hormonal IUDs. They last for years (hopefully for longer than Trump), so if you get one now, it could save you a lot of money versus, say, paying out of pocket for the pill for years if that's what it comes to. If the ACA is repealed, an IUD can cost up to $1,000.

"Even before the Trump disaster, an IUD has been for many women the best method of contraception in terms of safety, reversibility, and efficacy," Dr. Lauren F. Streicher, MD, Clinical Associate Professor of Obstetrics and Gynecology, Feinberg School of Medicine, Northwestern Memorial Hospital, tells Bustle. "With possible repeal of Affordable Care Act, many women will not have insurance and/or will not have contraception coverage. By getting an IUD now, they will be protected for 3-10 years depending on which one they choose. Possible defunding of Planned Parenthood will make access even more limited. If Roe is overturned, not only will abortion become illegal, but many types of birth control as well (such as IUD’s) since far right extremists such as Mike Pence put their own personal beliefs above science."

But, let's remember, just because you can get something doesn't mean you should. For example, I could get a side buzz, but I should not get a side buzz. Trust me. You need to look at the whole picture and figure out what works for you. Dr. Streicher says that an IUD might not be the best choice for all women. And, a lot of my friends feel the same way. Because like any birth control, there are side effects and risks involved. There are reports of increased risk of infection and bacterial vaginosis. Some IUDs are hormonal and not everyone likes putting hormones in their body.

When I had one, I went for the non-hormonal option, but it wasn't without problems. My underwear was basically a tsunami of blood for a month — it was an unreal amount of bleeding. But then it stopped, and having the IUD was totally worth it. That being said, this spring I was having pain and discomfort and couldn't figure out what was going on until I went to my OBGYN to find my IUD was coming out — my vagina was basically expelling it. Not fun and pretty painful. At that point, I was a year into a lesbian relationship, so didn't feel the need to get it put in again.

I looked at all the options a few years ago and chose an IUD. And I can see why getting fitted with an IUD ASAP is the right choice for a lot of women right now. But it might not be the right choice for every woman, so be sure to talk to your doctor and make an informed decision. It's so important that women are preparing for the future at a time like this.