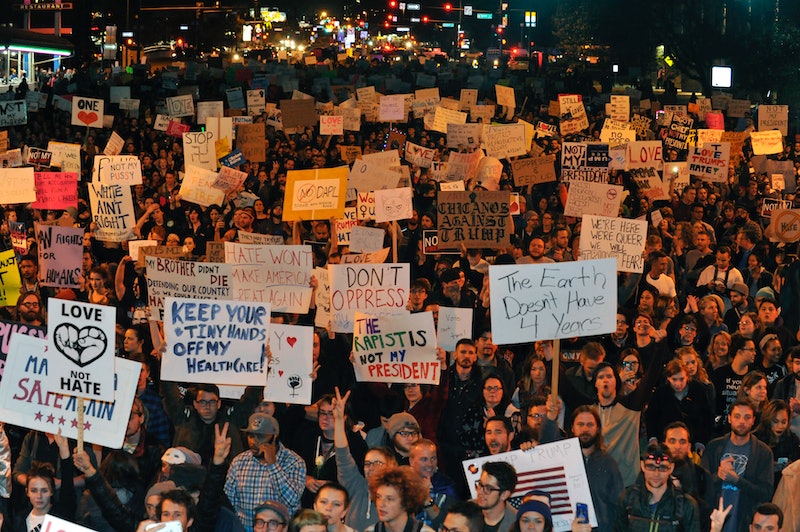 Since President Obama launched the White House's first online petition website, We The People, in 2011, millions of Americans have directly petitioned the federal government online. Petitions range from deporting Justin Bieber to naming Pakistan a state sponsor of terrorism. But petitions, including the ones on We The People, are often considered ineffective. Now more than ever, many Americans may feel the need to speak up about the country, but they'll want to use the alternatives that are more effective than petitions to call for their preferred reform.

As it turns out, it's not easy to identify many proven alternatives. That's probably in part because reform usually occurs slowly in the United States, no matter what form it takes. Slavery lasted for generations after the creation of the country, women didn't earn the right to vote until 1920, and discrimination wasn't outlawed by the Civil Rights Act until the 1960s.

Reform, at least of the Republican variation, may start to occur more quickly after Jan. 20. When Donald Trump officially enters the White House, he'll join a Republican-led House of Representatives and Senate, which means the GOP shouldn't have a hard time getting its way, at least for the next two years. That's a harsh reality many Americans are resisting, particularly on social media and in the streets of major cities, but venting to online followers or inciting violence in public aren't the only ways.

More than 100 million Americans voted in Tuesday's election, taking part in one of the most effective ways to (indirectly) effect reform in the United States. By voting, you tell the government how you want it to lead the country. Unlike petitions, there's always a near-immediate result from an election. On Tuesday, that result was President-Elect Trump and a slew of Republican congressional wins. In the midterm elections two years from now, the result could be very different, but only if voters decide to make it that way.

By and large, efforts to enact change typically prove more effective when they involve a large network of people, à la the civil rights movement, women's suffrage movement, and even the pro-Trump movement that elected the new president this week. What's more, the network usually has to be working toward something, not just signing a petition. If there's an issue you're passionate about, find an advocacy group that's already working toward your goal to support.

You probably had to do this at least once for a grade-school civics project. Writing a snail-mail letter to your congressman may seem old-fashioned and somewhat ineffective, but here's a tip: Even members of Congress have to check their email. Consider a concise, well-researched email to get your message across and elicit a response.

As Freakonomics' Stephen Dubner has reported, boycotts aren't always effective — at least, not on their own. But, they can usually be made somewhat effective when they're organized in the context of a larger movement. They typically generate media attention and unite supporters in action, which can drive national conversation.

Although they may seem unpopular, lawsuits can have far-reaching impacts on U.S. policy. Consider this: Gay marriage wasn't made legal because of a bill that passed from Congress to the president's desk. It was legalized by a Supreme Court decision, which was made possible by an individual couple's decision to sue. In at least some cases, it would seem that the most effective way to earn justice is to work within the justice system.

Under the Obama administration, petitions are often more successful when they're connected to an issue that already needed to be addressed by the president for other reasons. In a 2013 interview with NPR, Harvard fellow J.H. Snider pointed to the administration's response to gun control petitions in the wake of the Sandy Hook Elementary shooting in Newtown, Connecticut, for instance. There's no telling how the Trump administration will respond to online petitions, but it's always a good idea to make sure your petition is timely and relevant.

When all else fails, take matters into your own hands. Follow the lead of the University of Manchester students in the United Kingdom who handed out free tampons to homeless women to oppose the United Kingdom's "tampon tax." You may not directly make an impact on policy, but you can help a small audience in a big way.

The most important element to each of these options is peace. In the days since Trump's victory over Hillary Clinton, the country has seen widespread unrest, in the form of protests, demonstrations, and even violence. It's important to remember that there are, in fact, effective alternatives to the chaos.