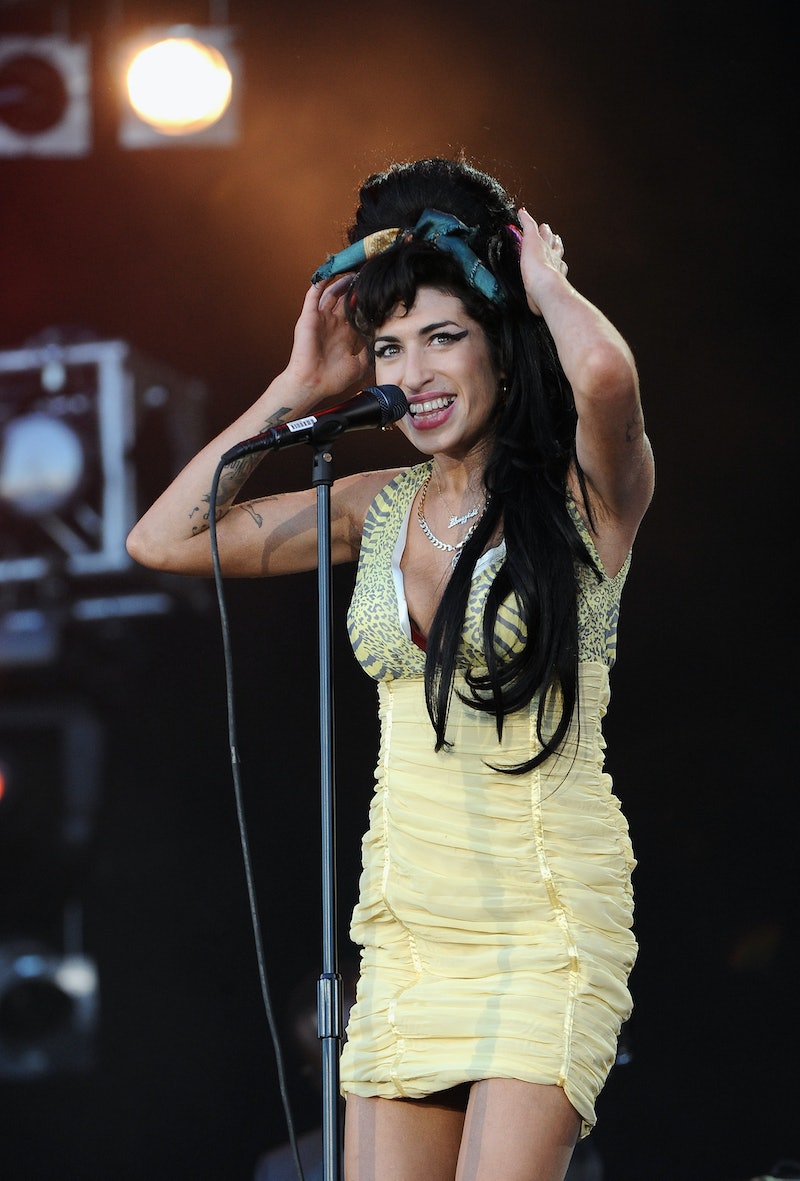 It turns out rumors surrounding Amy Winehouse's hologram resurrection are totally false . As previously mentioned, it was reported by the British newspaper The Sun, that Alki David, a loaded entrepreneur, had bought the patent for the technology that was used to make Tupac's eerie post-mortem return to the stage. Following the Tupac lead, David wanted Ms. Winehouse's apparition to go on a worldwide tour. We really aren't sure how feel about these ghost tours in general. I mean, once we've laid the dead to rest, shouldn't we, ya know, let them rest?!

Winehouse's father, Mitch Winehouse, seems to think so. He tweeted in response to the outrageous claims, squashing the rumors by saying, "No truth in the Hologram story. Utter rubbish as usual. Mitch." We understand Mr. Winehouse's frustration with the constant hearsay regarding his daughter, who is now nearly three years deceased. It's quite unnerving and ghoulish even, to continually drudge up false claims and assertions about the dead, especially with someone who was as troubled in life as Winehouse was. Sure, it would've been amazing to see the Back to Black songstress on a world tour, but that unfortunately did not get to happen, nor will it. While Winehouse was an exceptional talent, we have so many incredible singers still here with us. Why not focus on getting those performers on tour instead of wasting all of that money on a macabre spectacle?