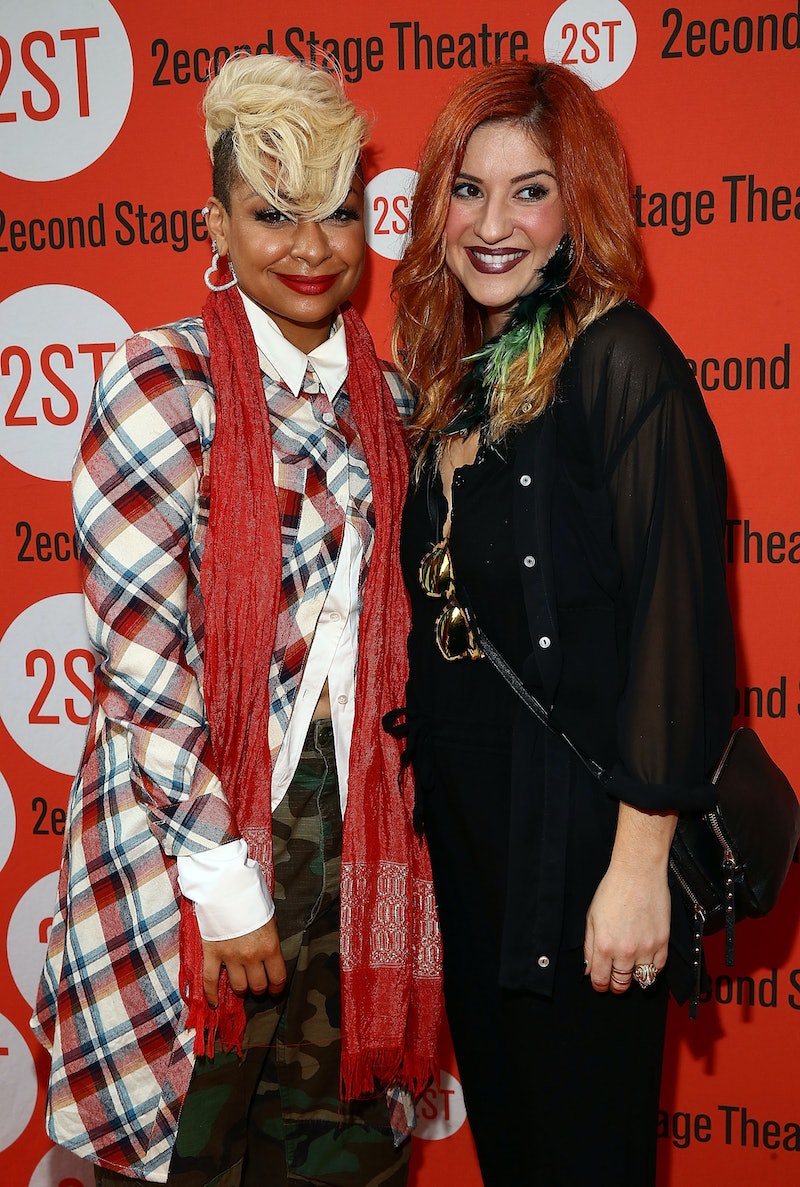 Mondays work best when happy news arrives with them. I just happen to have some of the best Monday news around: for it's revival, Anneliese Van Der Pol is returning to That's So Raven . That's right, Chelsea and Raven are going to have a happy reunion after all this time. The nature of Chelsea's reunion with Raven on the revival is interesting, to say the least. Entertainment Weekly reports that "both Raven and Chelsea join forces post-divorce to raise their kids together. [...] Chelsea and her son, Levi, move in with Raven and her kids, Nia and Booker." Say what? This sounds like the feminist Disney TV reboot I never knew I needed but oh my gosh, how I need it in my life. This could be a game-changer.

When the That's So Raven revival was first announced, to know that we would be joining a much more grown-up Raven, now a single mother of two, was really interesting. She would be raising two pre-teens and, not surprisingly, one of them will inherit their mother's ability to see the future. Having Chelsea move in with Raven provides a thoroughly exciting new dynamic: grown-up friends who are entering an unfamiliar new phase of life together.

Not only can we expect the eternal BFF's to get up to their usual wise-cracking hijinks, but watching both women going through the aftermath of divorce together will be a new, exciting dynamic to pull apart. A portion of the viewership will ostensibly be fans of the original series. Their return to the show that they love so much will mark their own recognition that the TV characters they loved so many years ago have gone through just as many life experiences as they have. That kind of kinship with a show and the characters involved in going to be a major reason to get hyped for the new era of That's So Raven.

Even better, I'm ready to watch two single moms who are actual best friends do motherhood and Millenial parenting like the badass ladies that they are. What could be better than Raven and Chelsea as literal mom squad goals? Nothing. Absolutely nothing.