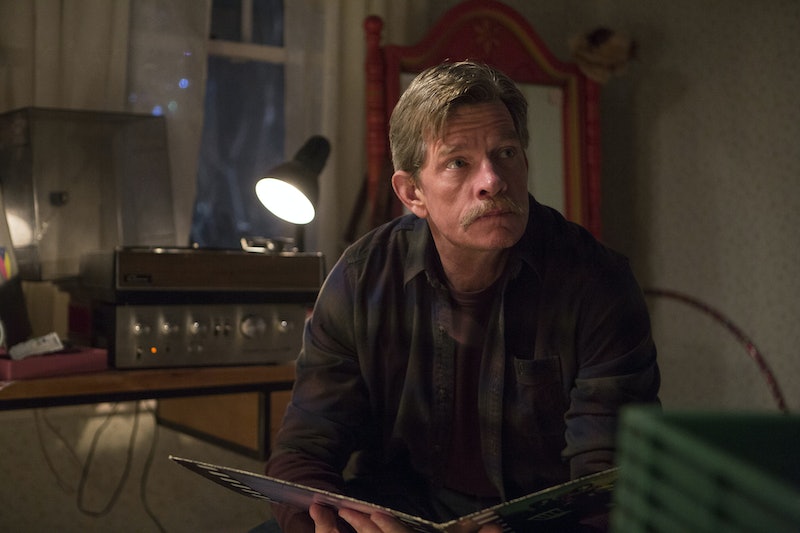 The uncomfortableness was far too real during the first moments of the Nov. 20 episode of Divorce, "Weekend Plans." After making some progress toward being a decent human in the previous episode, Robert got sexist on HBO's Divorce . Actually, what Robert did to the Starbucks barista was the textbook definition of "male sexual entitlement." Don't know what that is? Well, frankly, I didn't either until now — but I'll let Robert's behavior do the explaining.

After failing to get together with Kathy DeSantis in the opening scene (you know, his college friend who Robert didn't physically cheat on Frances with, but might have if 9/11 hadn't happened, SMH), he decided to try his luck at Starbucks. As a frequent Starbucks patron, he had come to know the barista Sheila and after fiddling with his wedding band, Robert decided to take it off and attempt to ask out this younger woman.

Despite the awkwardness — letting someone go ahead of him so he wouldn't be served by the male barista and the terrible small talk (is banter about Sharpies all you got, Robert?) — Sheila very classily slipped in that she had a boyfriend. Anyone knows that can be a difficult maneuver when you think someone is hitting on you and you don't want to insult them, but Sheila did it with all of the grace of a Starbucks customer service champ. (Honestly, she was so seamless, I wasn't even sure if she was aware that Robert was flirting with her.) Unfortunately, once she showed Robert her engagement ring, he freaked out on her for giving him misleading signals.

Now, I understand that Robert is going through a trying divorce. And that his wife cheated on him. And that his scuzzbag of a lawyer, Tony Silvercreek, has been full of sexist rhetoric and encouraging him to have sex. But still, Robert's a full-grown man. He should know better than to berate a woman for leading him on who was just doing her job — which includes being friendly to a customer. But who am I kidding? If Divorce has shown viewers anything, it's the fact that Robert doesn't know much of anything.

And that's where this idea of "male sexual entitlement" comes in. As defined by Everyday Feminism, it's "the belief that men are owed sex on account of their maleness." The definition goes deeper than that though with Everyday Feminism writing that it's the "larger cultural attitude that overvalues male sexuality and expects female sexuality to exist for male pleasure."

While I think Robert had some other things going on that led to this encounter with Sheila, this sexual entitlement is definitely part of the problem. Case in point? He yelled at Sheila for smiling at him and giggling at his jokes every morning. And he claimed that she had intentionally dropped a dime so she'd have to bend over to pick it up — all for his benefit. By the look on her face, you could tell that she had simply dropped a dime during a business transaction and had been friendly because that was her job. The fact that Robert had been viewing Sheila as only being there for his sexual pleasure and then being angry at her when those sexual feelings weren't reciprocated sure sounds like entitlement to me. He thought Sheila owed him something (aka owed him sex) because of her demeanor and his own delusions.

So yeah, let's just say Robert took a step backward during "Weekend Plans." But considering that he did end up having sex with someone other than Frances by the end of the episode, here's hoping that he can stop taking his anger and sexual frustration out on innocent women.