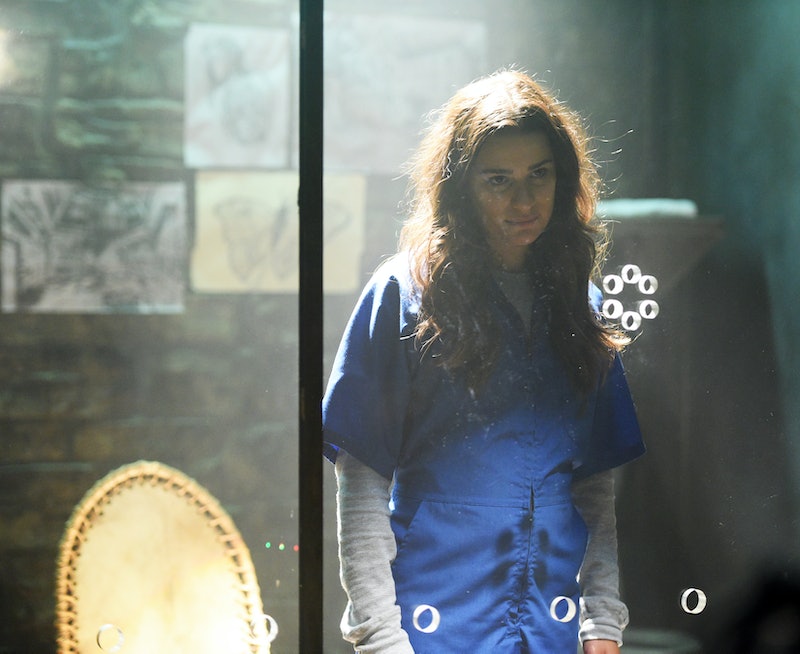 Finally, Hester is back on Scream Queens! In the Nov. 15 episode, everyone's favorite serial killer made a triumphant return to somewhat civilized society. Yes, I know that she technically came back to this season a couple of episodes ago, but due to her penchant for serial murder, she was mainly segregated to shackles or a maximum security cell. However, "Chanel Pour Homme-icide" really have her a time to shine. Hester is officially a Chanel now on Scream Queens, which things are about to get even more insane this season.

You heard that right, Hester is the newest Chanel. Once the Green Meanie started hitting a little too close to home, the remaining Chanels decided it was time to increase their odds of survival by adding extra bodies to their crew, as one does. And since they have found themselves in a less than glamorous environment, their brilliant plan found them scraping the hospital for new recruits. Their search eventually led them to two of the hospital's newest diseased patients and an obsessed, slightly psychotic fan named Tristan. Luckily, pickings were pretty slim and Hester managed to snag the final spot. Not only is she a Chanel now, but she is their new roommate too. (Don't worry, she promised to refrain from sleep-murdering.)

Hester not only brings a physical body to increase the Chanels' survival odds, but she also thinks like a serial killer. This unique skill will definitely come in handy now that the Green Meanie is ramping up the savagery. Of course, her first order of business was to give the Chanels some sage murder-related advice. She told them to send one of the new Chanels into the hospital as a sacrifice. That way, the Green Meanie would hopefully leave them alone for at least another week or so. Unfortunately, the wrong Chanel was sent and we said goodbye to Tristan far too soon.

Adding Hester to the group may have been risky, but now that the Chanels have a group of "human shields" to protect them, they can focus on figuring out who the hell is brutally killing massive amounts of people in the hospital and save themselves.