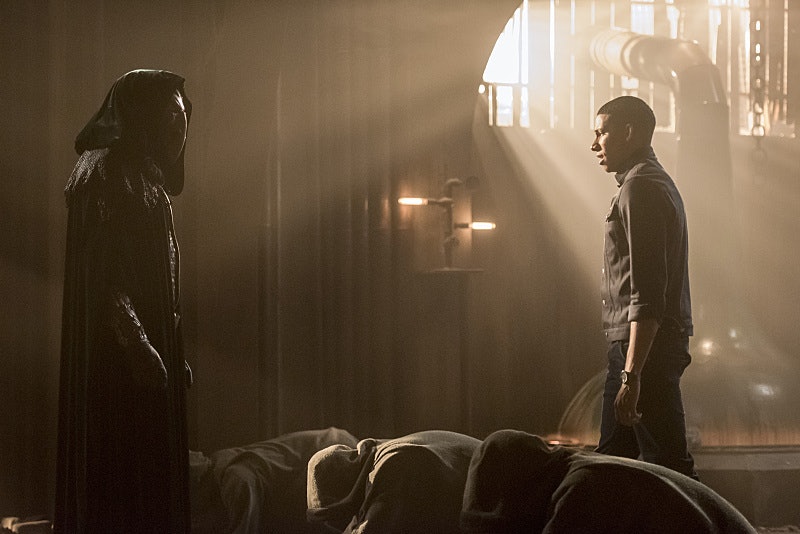 It's bad enough that Wally West just met his father, and that the boy who grew up in his place is a superhero. I'm not even talking about how he got punched out by his sister. It's not surprising that when Wally dreamt of being Kid Flash in the Flash Point universe, he saw it as more of a blessing than a curse. However, that means that Wally was tempted by Dr. Alchemy on The Flash , which is not likely to end well. There's also a God of Speed on The Flash called Savitar, apparently. The conflict with Alchemy turned up several notches this week.

I don't blame him. He did see himself becoming a hero in the alternate universe instead of a villain. Theoretically, what could go wrong? Central City can always use more heroes. Plus, he and Jesse were both his in the second particle accelerator explosion. It was probably that his latent powers were to do with that instead of Alchemy and his dreams of another life. Barry came clean about Wally and Iris' roles in Flash Point to everyone.

However, Joe was rightfully worried. It's not that he didn't trust Wally, or that he was trying to protect Wally the way he protecting Iris from the truth about Barry. Joe has made some parenting mistakes before, but this is not one of them. Kid Flash or not, Alchemy is dangerous. Just the fact that he calls people using literal pain should be a major red flag.

Wally volunteered to go see the doc and use himself as bait, but I could tell that he was just as curious to talk to him as he was to trap him. Did Alchemy strike anyone as reminiscent of the titular Apocalypse in the latest X-Men movie? His hooded followers definitely gave me that vibe. He promised to restore Wally's Flash Point powers to him right before Barry and Joe showed up. Then things got a little weird. Alchemy has powers unlike anything we've seen in this universe. He also has a stone — a Philosopher's Stone, perhaps? Just wondering. Wally grabbed it, and then froze.

So, it seems like Wally will be getting his powers sooner rather than later on The Flash. Will he now be beholden to Alchemy? That's not exactly the price you want to pay. The Flash is dealing with a lot of characters struggling between the light and the dark this season. Wally's doomed dreams of becoming a speedster is just one of them.