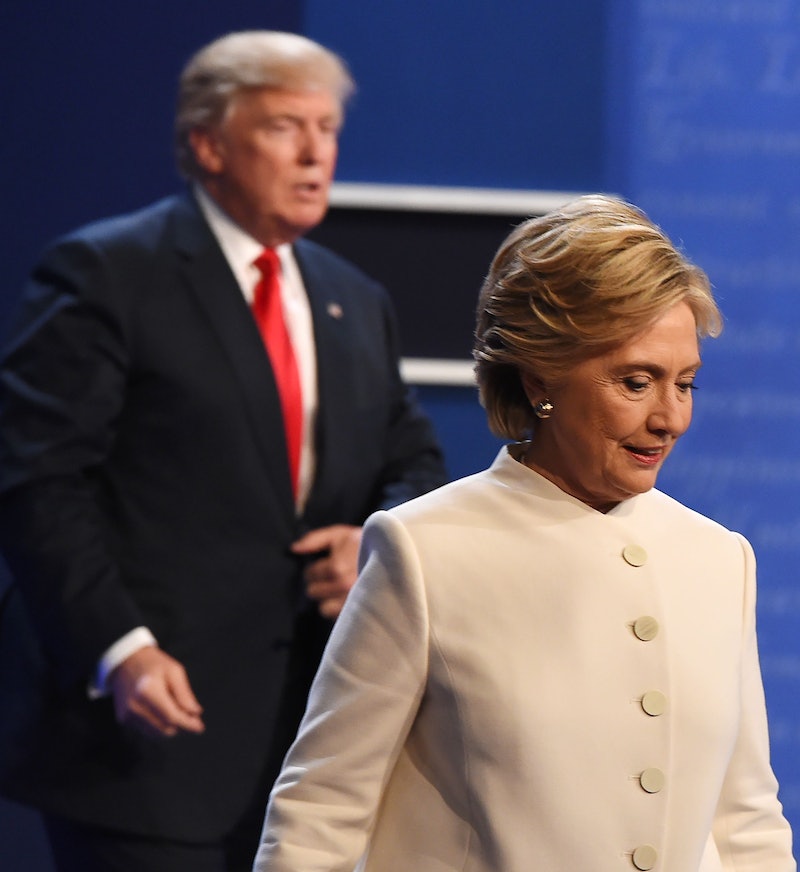 For roughly half the country, the results of the 2016 election have been a disappointment, to put it mildly. The arguments against Donald Trump seemed, to many, for too numerous and egregious to ignore. In protest of the coming Trump presidency, thousands of Americans have taken to the streets to voice their general dismay with the president-elect, and countless Trump critics are now wondering if there is a way to stop him through the electoral college. And while the odds are slim, there is a new movement to pressure electors to "dump Trump."

Bret Chiafalo, an elector from the state of Washington, has teamed up with Colorado elector Michael Baca, in an effort they are calling "Moral Electors." Their mission? To convince the necessary 37 of the current 306 Republican electors to refrain from casting a ballot for the billionaire mogul. If they were successful, depriving Trump of 37 electoral votes would bring his total down to 269, one short of the requisite 270 votes needed to officially become president. As a civics refresher, voters don't technically elect the president, but rather a slate of "electors" who are pledged (but not wholly bound) to honor the voice of their constituents.

Chiafalo and Baca are seeking to change the electoral college protocol. As Andrew Prokop has pointed out at Vox, the electoral college now functions solely as a "formality," with very few historic examples of electors going rogue. And of the handful who have changed their vote, none have ever had an impact on the election outcome. But technically speaking, it doesn't have to be that way. Electors are free to switch their votes, or refrain from voting, which is precisely what the "Moral Electors' movement is all about.

Interestingly, though both Chiafalo and Baca are Democratic electors, neither are trying to encourage Republican electors to vote for Clinton. In fact, both men have publicly considered not casting their own ballots for Clinton, and are joined on that front by another Washington state elector, Robert Satiacum Jr. They are instead focused on simply denying Trump the presidency by keeping him from getting to 270 votes, which would send the election to the House of Representatives. Baca also said that he hoped this election would draw attention to what he perceives as the flawed electoral college system, perhaps even whip up the will to abolish it altogether.

On that front, Baca has a lot of company. There are several petitions to change the electoral college system, the largest of which is hosted by Change.org. With over 4 million signatures, their "Electoral College: Make Hillary Clinton President On December 19" petition is enormously popular.

However, it looks unlikely that enough Republican electors will switch or refrain on their votes. As of now, there is only one Republican elector who has publicly expressed a willingness to dump Trump. Art Sisneros of Texas recently told POLITICO that he is still debating whether or not to vote for Trump — one down, 36 to go.

Disaffected Americans may be better off hoping for Trump's impeachment. The case for that seems much more probable than a mass elector defection.