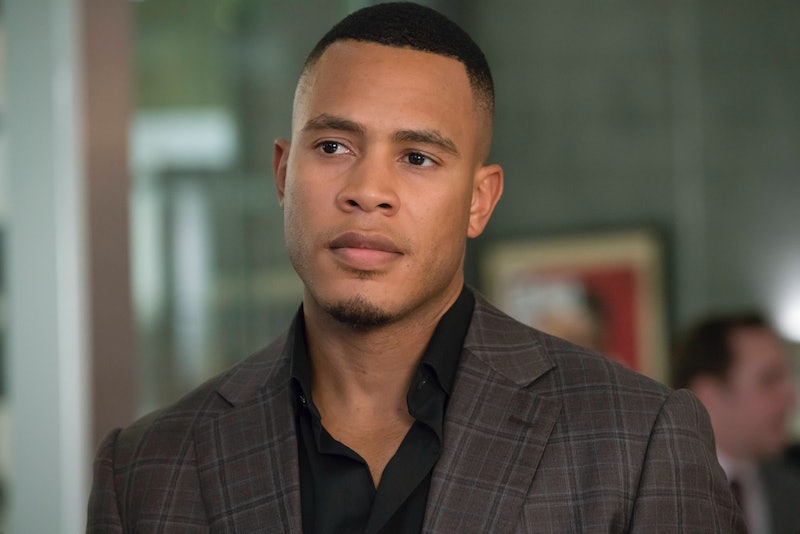 While each of the Lyon sons has shown inklings of becoming like Lucious, Andre has nearly completed his transformation. Andre hacked into the company servers on Empire , and his metamorphosis into his awful, evil father is nearly complete. It all started when Tiana’s new single had some weird vocals and effects added to it on the Empire streaming service; it was quickly evident when all employee emails (and a leaked nude photo of Cookie) went public that Empire Enterprises was being hacked. Whodunnit? I think you could get out the phone book, start at A, and start listing Lucious’ enemies.

The hackings got worse, and Lucious, scared all of his secrets would be leaked, upped the investigation. Suddenly, a flash drive found in one of the Empire studios pointed in one direction — to Gram, the rapper who hates Hakeem and recently dumped Tiana. Lucious and Andre had him roughed up, and Andre was quickly promoted to president because of his artful handling of the hack. Sounds easy, right? Almost too easy, if you ask me.

And yes, it was easy — because Andre was behind all of it.

I don’t know if he did this for his career, or to show Nessa he likes her, but Andre was the one that orchestrated this whole hacking business. He even took Nessa to an abandoned warehouse so she could see Andre and French Montana exchanging money for the hacking expertise. (No, the Cookie nudes were not a part of the plan, but French Montana thought they added “plausible deniability” just in case. Fair.)

So Andre nearly exposed all of his family secrets, had nude pictures of his mother leaked to the press, and had Gram beaten and tortured (probably), all for a promotion and to impress the girl he likes? Yeah, that sounds like Lucious, doesn’t it? Now that Rhonda is dead, Andre really has nothing left to lose, so why not?

Now, Andre is president of Empire’s streaming services, so he got what he wanted. What I don’t think he realizes is that, now that Tariq and the FBI have all of Empire’s emails available to them, Empire is open to so much more scrutiny. Say, for instance, potential money that Lucious paid to the men who killed Frank Gatz in prison? Andre may have reached his full Lucious, but I don’t think even he can stop what’s coming next.