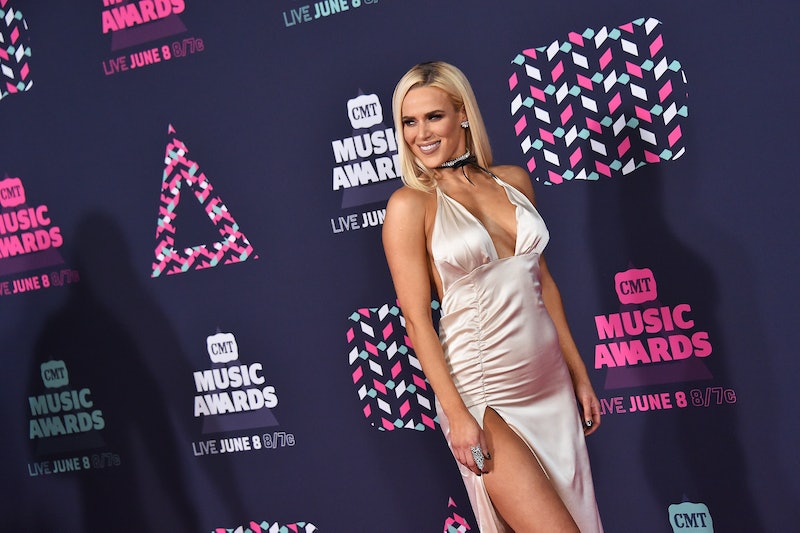 After five seasons (really!) of Total Divas, fans understand that divas come and divas go, and although viewers will always have the previous cast members in their hearts, it’s time to welcome a new group. Make new friends but keep the old, you know? In Season 6, WWE star Lana joined the show as a full-time cast member after a few guest appearances in Season 4. Who is Lana from Total Divas , and what kind of personality is she going to bring to the season?

The action on the WWE stage is so real that sometimes it is hard to remember that the cast members are actors — they’re playing characters! The Undertaker was not actually embalming bodies at home. The Rock wasn’t cooking anything. Total Divas gets behind the scenes of WWE’s best ladies, and it’s really interesting to watch. Lana, whose real name is CJ Perry, sports a heavy Russian accent when she’s in the ring with husband Rusev (he’s a wrestler, too). Their shtick when they’re on the WWE stage is that she is his well-educated, Russian-born manager, and together, they kick different kinds of butt. What a match made in heaven, eh? Fun fact: Lana actually doesn’t speak with a Russian accent IRL — she’s American, born in Florida, as reported by IMDB. She only grew up in Russia.

According to an interview that Lana did with Channel Guide Magazine, it was this dual accent that potentially kept her off Total Divas in Season 2. “[Rusev and I] had a great first year doing a lot of Russian patriotic, Vladimir Putin stuff on Raw,” Lana said. “I think seeing my American family on Total Divas might have hurt the gimmick or confused the fans a bit… This was the perfect timing. It felt like it was okay for me to come on the show and fully be myself and not have to put on the accent or not.” This makes sense to me — seeing Lana as CJ Perry would have undermined the persona that she and Rusev worked so hard to create in the ring, especially if they were just starting out in the WWE.

When Lana is being Perry, she’s also an actress and model. According to IMDB, she’s appeared in films like Pitch Perfect and Pitch Perfect 2 and television shows like Banshee, Adam Devine’s House Party, and The Fresh Beat Band. It’s safe to say that being Lana takes up most of her time, though — her WWE credits far outweigh anything that’s not wrestling-related.

So what can Lana fans expect on Total Divas? Every facet of her, as she told Channel Guide Magazine:

“You are going to see me for me. Here I’m going to be vulnerable and let you into my life to see who I am. I have always protected my character, and Rusev has always protected his character… Lana is 100 percent an extension of me, but just one side of me. I feel that’s what I get really excited about because on Total Divas you are going to see other sides of me… I think I will surprise people. I think I’m a lot quirkier than what people envision.”

It’s certainly going to be interesting to see Lana’s real-life side, as well as how she and Rusev are planning their real-life marriage. Of course, there will be drama, too — any season of Total Divas wouldn’t be complete without it.