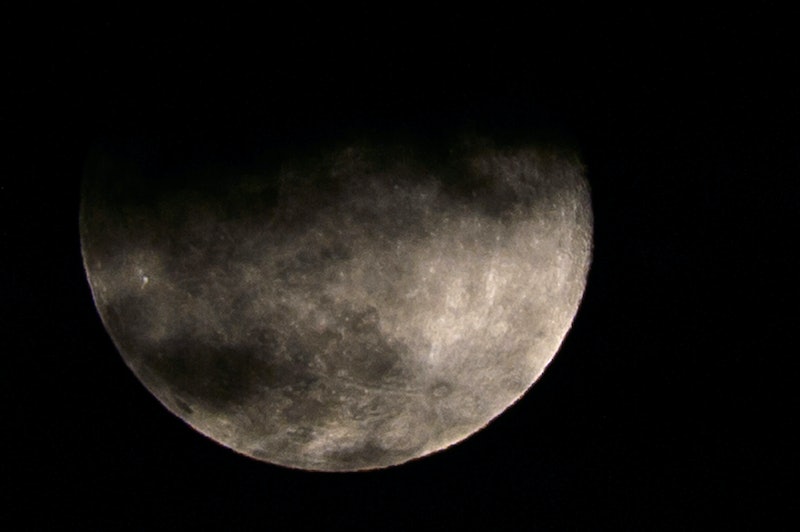 Things on planet Earth have gotten a little hairy lately, but you know what happens to be the perfect distraction? The night sky, where stars twinkle and planets orbit and black holes do... whatever it is black holes do, no matter what's going on down here. The big celestial events of 2016 certainly haven't let us down so far; among others, there have been spectacular meteor showers, six supermoons, and a black moon. And of course, I would be remiss not to point out the biggest astrological event of the year: The return of Ophiuchus, the controversial 13th zodiac sign that had everyone in a tizzy and (hilariously) caused NASA to release a statement reminding everyone that astrology isn't based in science, so please stop accusing them of changing your zodiac sign.

With Thanksgiving rapidly approaching, there's less than two months left in the year, but there are still plenty of events to keep an eye on before the end of 2016. Obviously some are going to be more striking than others — it's hard to beat the total solar eclipse that took place in March earlier this year. On the other hand, it's safe to say some of us would welcome any distraction in the weeks leading up to 2017. Besides, who doesn't like stargazing?

And so, without further ado, I present seven celestial events to watch before the end of 2016.

On the heels of yet another supermoon comes the Leonid meteor shower. It's best seen from the Northern hemisphere, and it's due to peak the night of Thursday, November 17, with the most spectacular displays taking place around dawn.

This event should interest regular stargazers. According to National Geographic, on November 21 the moon will pass right next to Regulus, the brightest star in the Leo constellation, in the early dawn. (It's sometimes called the Lion's Heart, in reference to its placement.) Both Regulus and the moon will be bright enough to see the conjunction with the naked eye, so you don't even need a telescope.

3. Saturn, Mercury, and The Moon Meet

Space.com describes the grouping of Saturn, Mercury, and the moon as "terrific, but challenging" for skywatchers. That's because they'll pass by each other just after sunset, so the sky will still be bright enough to make viewing difficult. But if you're determined to catch a glimpse, break out the binoculars and go for it. The event will take place in the western sky.

According to NASA, the moon will be at apogee on November 27 during the afternoon, meaning it will be the furthest from Earth for this particular orbit. It's not particularly amazing viewing, but it's a cool tidbit of information.

Named after the Gemini constellation, the Geminid meteor shower is particularly showy. Space.com writes that the Geminids are superior to even the August Perseids in "brilliance and reliability." Unfortunately, the moon will be full that night, making it harder to see some falling stars, but you can still keep an eye out for the brighter meteors.

Expected to peak on the night of December 21 and extend into the early hours of December 22, the Ursids meteor shower should be easy viewing as the moon wanes. The shower originates from the constellation Ursa Minor.

The Ursids are expected to peak on the same day as the winter solstice, which marks the longest night and shortest day of the year. So grab some hot chocolate and a blanket, and go enjoy the night sky.

More like this
How To See The Lunar Eclipse On May 15-16, 2022
By Kaitlyn Wylde
Here’s Your Daily Horoscope For May 17, 2022
By Mecca Woods
25 Manifestation Quotes From Lady Gaga, Oprah, & More
By Megan McCarty
4 Most Outspoken Zodiac Signs
By Kristine Fellizar
Get Even More From Bustle — Sign Up For The Newsletter