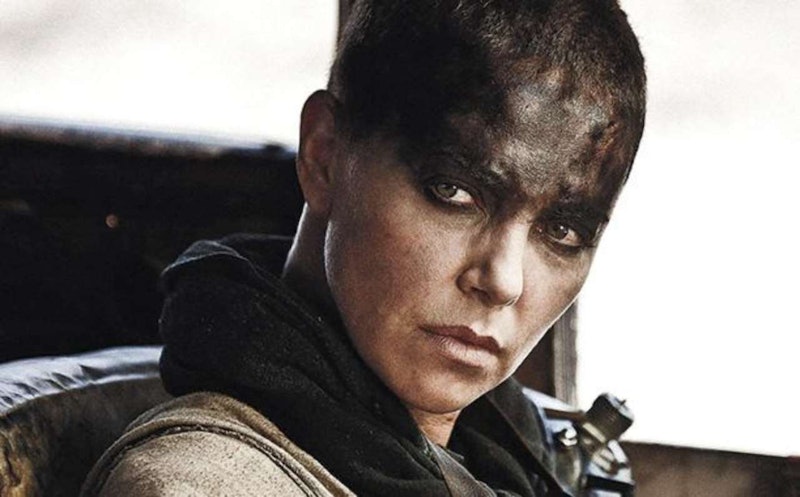 Well, it's been quite a year. Donald Trump is president-elect of the United States and yet, despite this fact — which still, somehow, feels like fiction — life hasn't turned into a hopeless cesspool of misogyny, bigotry, and hate. Not completely, anyway. Many of us don't believe in the principles or ideologies that guided Trump's campaigns, and so we will continue to hold our ground on issues that matter to us throughout his presidency. Though it will be tough, and at times draining, it will be necessary. What better way to give ourselves that needed strength than to look back at some of the most inspiring fictional feminist heroes in existence?

If that seems like a stretch, listen, it kind of is. Good movies with powerful female characters and inclusive storylines aren't going to fix everything, but they definitely can't hurt. So, in the wake of the election, as you try to make sense of this new reality, lean on the voices and narratives that have influenced you in the past. Lean on the heroines in your favorite movies and TV shows that taught you about empowerment and equality, about strength and wisdom and the importance of supporting others. These fictional feminist heroes won't be able to alter what's going on in the world right now, but they sure as hell can inspire you — and make you feel better. (Even if it's only for about 30 to 90 minutes.)

Furiosa led a feminist revolt against the crushing patriarchal society that she was thrown into. She's a better shot than any man in the film — including the one whose name is in the title. She's a bad ass, and she makes no excuses for her strengths.

Rey's a survivor. She can handle anything that's thrown at her. In a sea of often one-note woman in science fiction, watching Rey on the big screen — defending her honor and fighting for what was hers — was like coming up for fresh air.

She's hands down the smartest character in the franchise, besides maybe Dumbledore. But he has a couple years on her, so that barely counts.

Eleven is the coolest character in this cast, and the one with the powers. She doesn't conform to gender roles, or even care about what people think. She just wants to be a good person.

Jessica Jones makes no apologies for her strengths and weaknesses. She has agency and resilience, and faults and shortcomings. Just like a real, three dimensional person.

6. Lisbeth Salander, The Girl With The Dragon Tattoo

A noir vigilante who, above all else, stands up for mistreated woman.

She battled horrifying aliens and did so without even thinking twice. She's an all around bad ass and paved the way for future female heroines.

Often hailed as one of '90s TV's greatest feminists, Buffy rejects stereotypes imposed upon her. She's tough as hell, but isn't afraid to express emotion either.

Katniss might have spent a portion of The Hunger Games trying to choose between two dudes to date, but she did not let that define her. In fact, Katniss' love life was probably her least defining feature and the least important aspect of her story arc. Instead, she was ruled by her skill and agility, her levelheadedness, her altruism, and her good nature.

Leslie Knope shut down sexism, had a wall of "inspirational women" in her office, achieved professional success through working hard and not giving up, celebrated other woman, and overall was a feminist goddess.

Queens Abi and Ilana are no holds barred feminist heroes. They stand up for women and sex positivity. They own everything about themselves.

Holly Golightly was a single, independent woman living a life that did not fit the mold of 1960s America. She rejected the conventional idea of the housewife and instead swapped that concept for ones that made her happy.

These feminist characters, their fight for equality, and their resistance in the face of adversity should be something we all look to when we're feeling a little defeated in the upcoming four years.