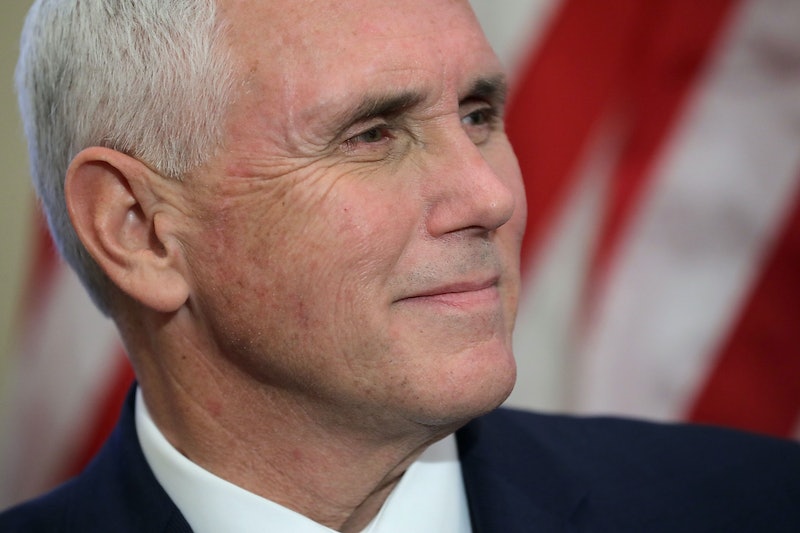 Cecile Richards, president of Planned Parenthood Federation of America, has also talked about the outpouring of donations in the wake of the election. "We've seen an unprecedented outpouring of support," she said. "The truth is that the majority of Americans, including Trump's own voters, support access to health care at Planned Parenthood and do not want to see women lose access to safe, legal abortion. We will never back down, and we will never stop providing the care our patients need."

People on social media are making donations to Planned Parenthood and telling people how they can do that as well. Reactions range from fact-based only to downright gleeful; Twitter user @kittiebittie91 posted her donation with her personal information blacked out and tweeted, "Every time you make a donation on behalf of Mike Pence to Planned Parenthood, an angel gets its wings."

People started donating to Planned Parenthood post-election. Pence is an evangelical Christian and strong anti-abortion advocate who has tangled with Planned Parenthood since 2007. Over the years, he has taken actions against the organization, sponsoring an amendment to defund Planned Parenthood and slashing funding that forced some of its clinics to shut down.

Finding power in taking the name of someone who has been an enemy of women's rights and it against him has been one tongue-in-cheek way for many to take a stand in support of Planned Parenthood. Let's hope this is a continuing trend of people supporting Planned Parenthood and maybe even other organizations that need this kind of funding more than ever during the Trump administration.