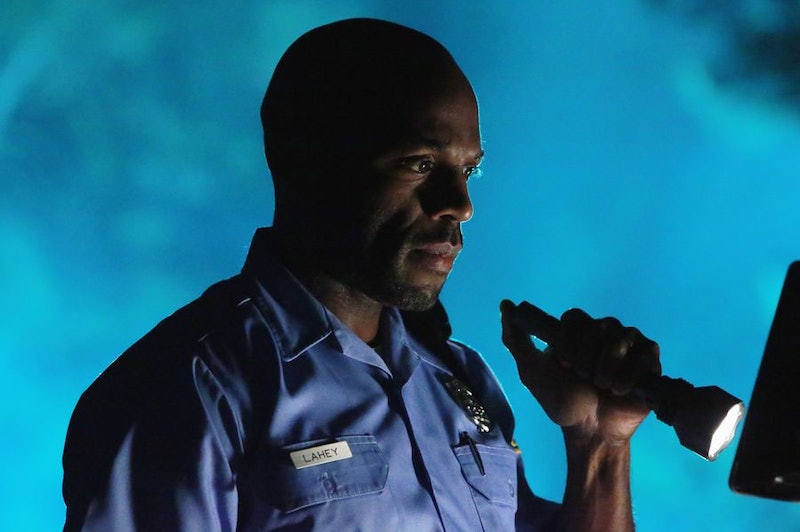 If you can’t keep track of the relationships on How To Get Away With Murder, well, you’re not alone. Annalise Keating alienates and charms more people in a single day than most people do in a lifetime, and one of those is her longtime lover and sometimes enemy Nate. She basically got Nate kicked off the police force and he up until the latter part of the first half of Season 3 still loved her, so he clearly has some issues there. Anyway, Nate and Annalise had a huge row, and now he’s sleeping with Annalise’s mortal enemy, the district attorney responsible for taking her down over and over. But why do I feel like Nate’s a double agent? Is Nate working with Annalise on How To Get Away With Murder ?

Nate doesn’t do a lot of snooping on his own, and when he does, it’s usually Annalise-involved. For a man that wanted to leave Annalise so far behind him, he certainly sees her a lot and asks a ton of questions about her. He also filled Annalise in on the fact that [big spoilers ahead] Wes was already dead before Annalise’s house exploded. Now, did he already know that Wes was killed before the fire and wanted to tell Annalise that the medical examiner knows so she could prepare her defense? Or did he want to just fill her in because one of her favorite pupils died under suspicious circumstances. I think that Annalise killed Wes because he flipped on her and testified against her to the police, and I think that the only reason Annalise knows about Wes’ betrayal is because Nate told her when he saw Wes at the police station.

While Nate could love Annalise and all that and that’s why he’s helping her, being anywhere close to Annalise Keating is a stupid, thankless job. Is Nate even sleeping with that DA for himself? Or to gather intel for Annalise so she can be even more steps ahead? It seems to me that Nate does a lot of things for Annalise and not many for himself. I don’t know what kind of spell Annalise has over Nate, but I do know that it’s very, very strong.