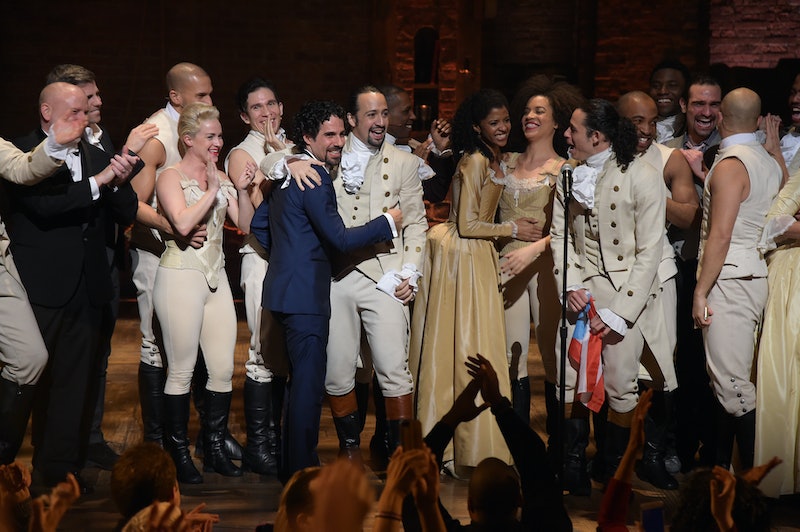 On Saturday morning (or late Friday, depending on how much you scroll through Twitter), a video from Hamilton began going viral. No, it's not a new song from the musical based on Alexander Hamilton's life. Instead, the Hamilton cast addressed vice president-elect Mike Pence, who attended the show on Friday night. In a message read by Brandon Victor Dixon (who plays Aaron Burr in the musical), the cast urged Pence to hear them out — and protect our diverse country and the people in it. The following morning, president-elect Donald Trump responded and claimed the cast "harassed" Pence. Soon after, #BoycottHamilton began trending on Twitter.

Yes, people really want to boycott a musical focused on American history that aims to spread a message of love and hope. But before you get equally frustrated, there's a major benefit here for liberals — you may finally be able to snag some Hamilton tickets. Think about it: The show is frequently sold out. If an entire political party decides to boycott the Broadway musical, that may mean that there could be ticket openings, empty seats, and all that good stuff. In some ways, those boycotting Hamilton are doing the rest of us a favor.

Considering Trump's supporters seem to be big on social media protests (earlier this week, they boycotted Starbucks by ordering #TrumpCups), this boycott news is not a huge surprise. I imagine that because the president-elect was so quick to call out the Hamilton cast, his followers wanted to stand up for their leaders and boycott anyone (or any show) that didn't support them. However, those calling for a boycott of Hamilton may have missed the point of the message altogether. At no point in Dixon's speech does he say anything hurtful to Pence. If anything, he does the opposite: discouraging the audience from booing and focusing on protecting all people in America.

There certainly seems to be some miscommunication about why this musical is worth boycotting. But again, if it leads to a decrease in ticket sales (which, in turn, opens up more tickets for eager liberal fans), keep the hashtag coming.

However, considering Hamilton's target audience, I'd imagine this will only do wonders for ticket sales. A drop may be unrealistic, but one can dream.