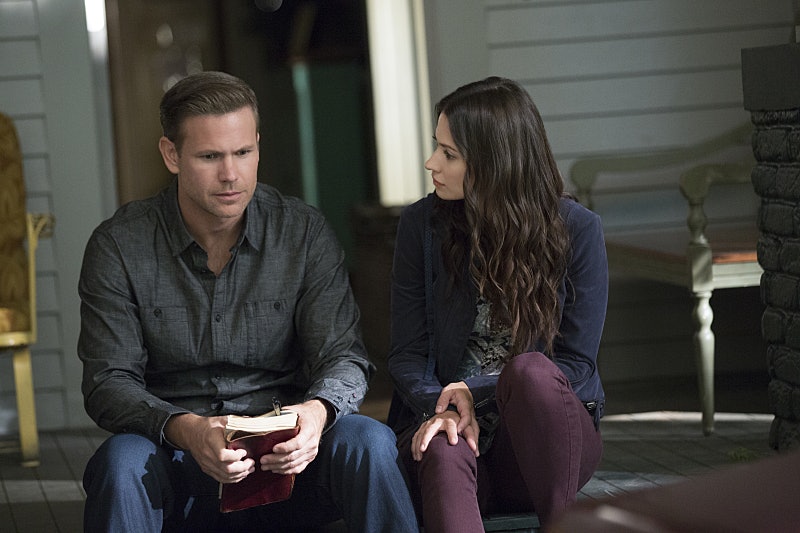 Seline's cover as Alaric and Carlonie's perfect nanny is officially blown on The Vampire Diaries . After Stefan learned (and then unlearned) that Seline was Sybil's siren sister, it was only a matter of time before they found out. In "Coming Home Was A Mistake," Tyler's belongings from the Armory helped Caroline and Alaric learn the truth about Seline on The Vampire Diaries , but it was too late.

Early on in the episode, Matt received a package from the Armory, sent to him in the event of Tyler's death. The box contained years of research on the sirens, including pictures of Seline, the one who was set free long ago, and therefore has been hunted this entire time. Matt looked through the box, but he was too overcome with grief and Damon's threat to turn him into a vampire to do anything about it. It wasn't until later, when Caroline showed him photos of her twins, that Matt recognized Seline as Caroline's nanny and acted on this very crucial information. Caroline and Alaric ran home to find their twins, but they were gone. All they found was a drawing one of them did showing a family of four: twins Josie and Lizzie, and adults Cade and Seline.

While Caroline and Alaric were dealing with their grief over Tyler and what to do with Damon, Seline taught the twins a lesson about death. She got them to take some of her magic and light a fire to burn Georgie's body, as well as a dead goldfish they thought they were burrying. And then she told them they could use their magic to summon Cade and communicate with him, presenting him more as an angel of death than a devil. And that's the last we saw of them.

It looks like Seline took Josie and Lizzie and wants to use them in some grand scheme involving Cade. Josie and Lizzie are both powerful witches, and I'd guess they are the only ones who can lock Seline and Sybil up again. That said, it certainly seems like Seline wants them for something more. The question is, what is it?