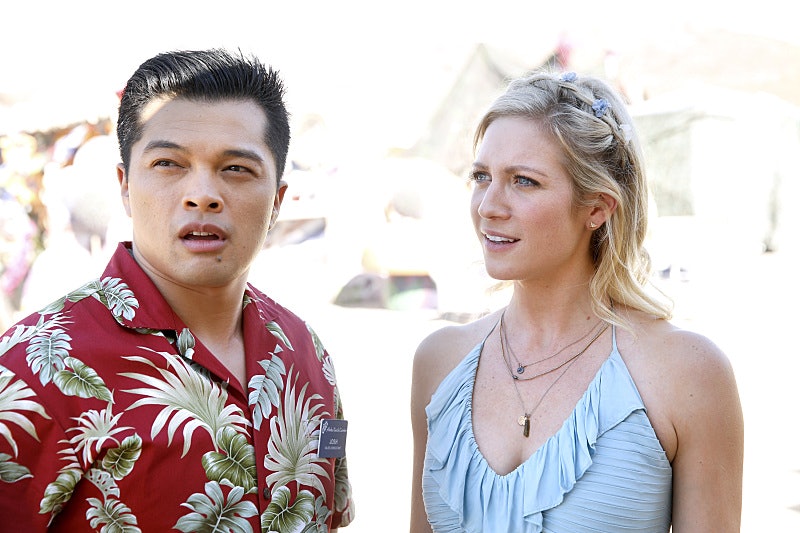 Sweet, dopey, and semi-dastardly karate novice Josh Chan has gotten a bad wrap at various moments in Crazy Ex-Girlfriend. Up until very recently, he was always endgame for Rebecca. He was the center of her world and yet he was consistently unaware of her deep affection for him. In his blissful ignorance, he hopped from one stable relationship with Valencia to a rockier one with Rebecca. His ill-defined boundaries with her led to a very intense break-up. While Rebecca was left reeling, we were made to believe that Josh has gotten over the break-up pretty easily and was carrying on with his life, now completely single and not a pawn in anyone's romantic games, with total comfort. This, folks, was decidedly not the case.

In fact, we saw on Friday night's episode that Josh was anything but comfortable in his post-breakup headspace. Apparently, Josh had nothing but bad, bad thoughts every time he finds himself with some time to kill and no place to be. His boss walked in on him trying to untangle a massive ball of headphone cords at work. Josh's boss then proceeded to encourage Josh to get out into the world and do something fun. Undeterred by the otherwise apparent evidence that he is not okay being alone, Josh assured his boss there was no reason for him to go out and get a life. He was cool just chilling and doing busy work, smiling all the live long day. All was not well in Josh Chan-land.

During his song, "Thought Bubbles," Josh had an existential crisis. Even though he attempted to get his thoughts off the things that made him anxious, he ended up only focusing on why he was so alone and how badly it made him feel. For the first time in a long time, Josh was flying solo and he had no idea how to process his vulnerability. This was an interesting bit of development for the West Covina hunk, who has always been defined on Crazy Ex-Girlfriend, in part, by whomever he is dating. Watching Josh process his very intense feelings of loneliness — a masculine display the we don't see often enough — made what happened next all the more ominous.

After fixing the sound at Electric Mesa, still reeling from his confrontation with Valencia and Rebecca, Josh met Anna. He immediately lit up; this woman could be the answer to his existential dread, or so he thinks. What Josh will probably end up learning the hard way is that there's no surefire answer to combatting feelings of loneliness or worry. Nor is it healthy to jump from relationship to relationship, hoping to tamp down unprocessed feelings.

Josh seems prepped to get a very rude awakening in his battle against existential woe. After Friday night's transformative episode, he may come out the other side a changed man altogether.