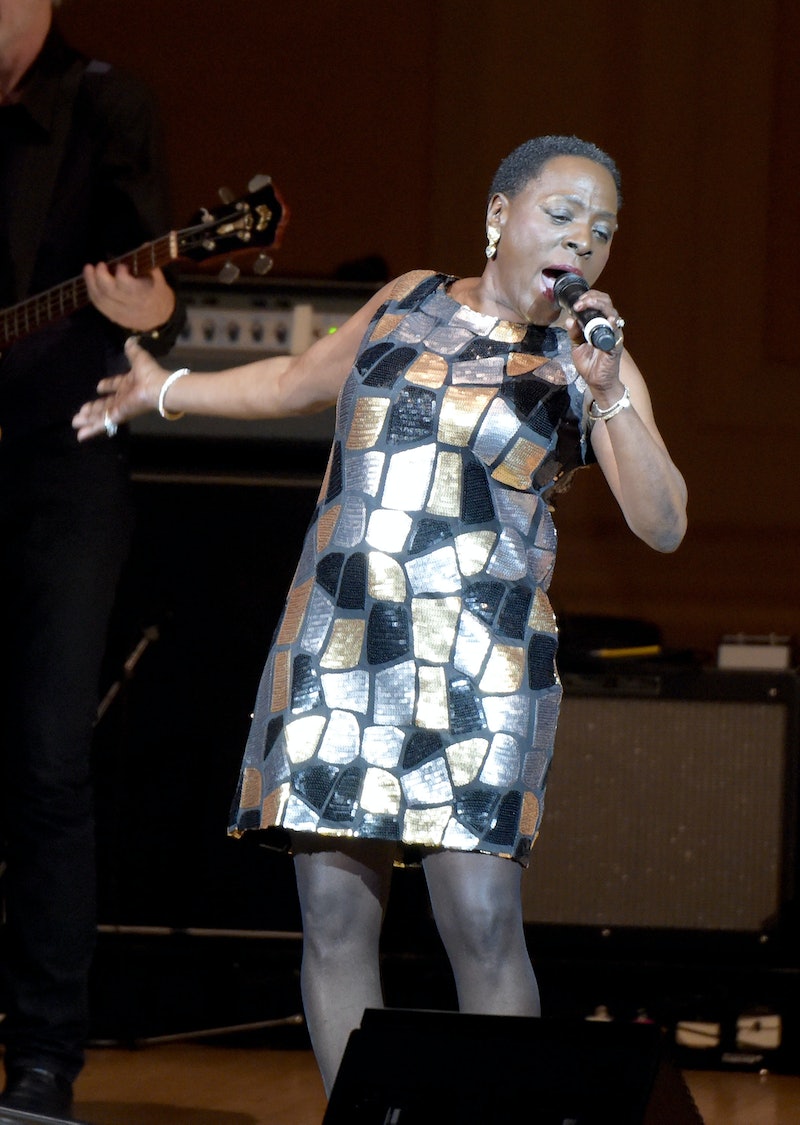 It would seem that 2016 is destined to be remembered as a grim, grim year — an idea further proved by the passing of Sharon Jones, age 60, from her long battle with pancreatic cancer. Jones was a modern titan in the music industry, a woman who revived classic soul, Motown, and R&B musical forms, re-creating them for modern, younger audiences. She recalled the greatest voices of the '60s and '70s. Her voice was infused with raw emotion in every line. Jones was a survivor and sheer force of nature. To me, she was a revival in human form of the music my grandparents and older peers enjoyed in their youth. Jones was a piece of sunshine and her band, The Dap-Kings, is arguably one of the best and brightest bands working today.

Jones' passing comes swiftly on the heels of the passing of the loss of a great many musicians this year. A handful of days before Jones' passing, the unexpected death of Leonard Cohen stopped many fans in their tracks. David Bowie and Prince both passed away earlier this year. As we, the fans, have done with the latter three deaths, today we turn to the music of Sharon Jones and the Dap-Kings to properly memorialize this singularly unique woman. In doing so, the first song you should listen to in your Jones' memorial playlist is "Retreat!"

"Retreat!" was one of the singles off the 2014 album Give The People What They Want. It stands out from the rest of Jones' body of work because of its message. In the song, Jones sings about her own power against the forces of destruction, arrogance, and pridefulness. She channels her inner wells of strength to push back — she wails out the titular command with sincere ferocity — the oppositional being that seeks to take her down a peg. She's cocksure, in command, and makes "Retreat!" an anthem of female empowerment. It's genuinely tough not to feel inimitable after listening to this amazing song.

Just one look at the chorus and you know that the character Jones is embodying in "Retreat!" is not messing around:

Retreat, yeah, step back boy because you can't fix crazy

Retreat, 'cause it's my way baby and I don't care none about the rest of you

Retreat, that's what I say baby and I don't care if it makes sense to you

But rather than read the lyrics, you should really just listen to the actual song.

There's nothing quite as beautiful or satisfying as honoring those artists who have had such a profound effect on you as appreciating their artwork. For me, that means playing "Retreat!" on a constant loop this weekend.