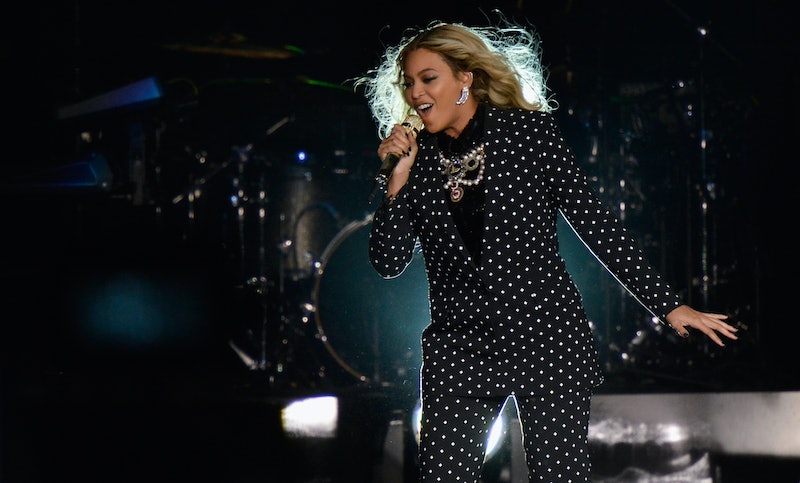 If there's one person that fans look forward to seeing at awards shows, it's Beyonce. Unfortunately, the singer skipped the 2016 American Music Awards. You never know until the very end whether or not she'll make an appearance, but this year was Beyonce-less. Why did she skip the event, you ask? Well, it's not exactly clear.

Beyonce skipped last year's AMAs, and it turns out she did this year as well. It's not like she didn't have a reason to come though. The singer was nominated for Artist of the Year, Favorite Soul/R&B Female Singer, Favorite Soul/R&B Album, and Tour of the Year. Beyonce didn't post anything of social media the night of the awards show, so it'sunclear exactly why Queen Bey went MIA.

It's nearly impossible to guess what this star will wear next, and unfortunately it looks like we'll never know. The last time the singer was at the AMAs was in 2008 when she performed "Single Ladies." So I guess it's no surprise that Beyonce decided to stay home this time as well. Here's a flash back to her performing, so you can see how long it's been since the star has hit the stage.

Remember the iconic dance? Now you do!

Fans were confused as to why Beyonce didn't show up as well. According to Variety, the singer won Tour of the Year, although they didn't present it during the show. Here's what her fans had to say about her not showing up.

Thankfully you don't have to be present to win.

Needless to say, Beyonce is still just as fabulous.