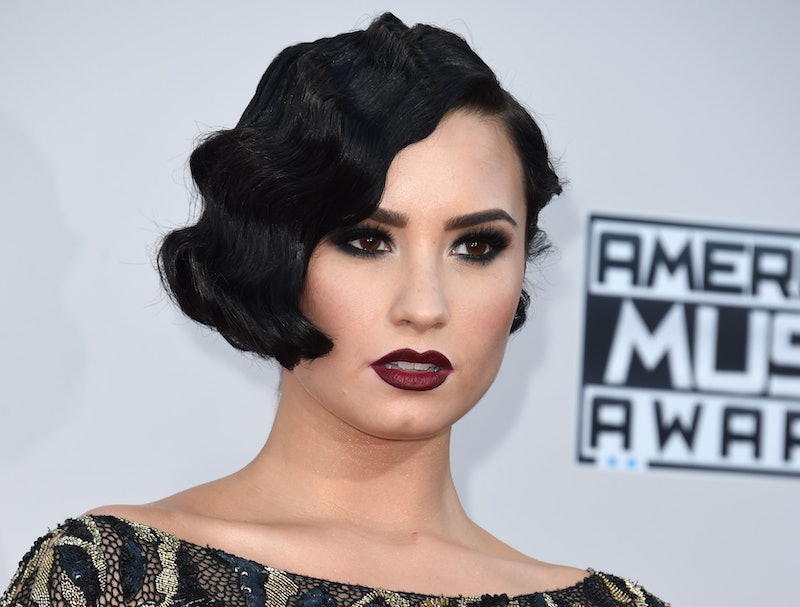 Get your popcorn and convenience store wine ready — Nov. 20 is the 2016 American Music Awards! While you might be excited to see your favorite artists perform, the red carpet is the real star of the show. So what time does the 2016 AMA's red carpet start? Let's just say you're going to have to grab an early dinner tonight so you've got something to snack on while you watch the show.

The red carpet show will be well worth the watch though, especially considering who will be performing during the awards. With Gigi Hadid and actor/comedian Jay Pharoah hosting the stage tonight, Nov. 20 at 8 p.m. EST, you can expect to see plenty of high fashion walking down the red carpet. In addition to that, the co-hosts join a star-studded group of previously announced performers who will definitely take their style to another level. According to ABC, we can expect to see Lady Gaga, Fifth Harmony, Nicki Minaj, Ariana Grande, Green Day, John Legend, Bruno Mars, The Weeknd, The Chainsmokers and Halsey, and many more making their way down to the Microsoft Theater in Los Angeles.

To give you some context, in the 2015 AMAs Gwen Stefani came in a mesh cape-dress hybrid, Demi Lovato was a flapper goddess in a dress straight out of Downton Abbey, Nick Jonas wore a turtleneck with his suit, Ciara wore a sheer cutout number that would make Beyonce herself jealous, and Z Lala's dress was literally an octopus eating her.

From the gorgeous to the fashion-forward to the straight up weird, the red carpet fashion will be something to see. While the 2016 AMAs start at 8 p.m. EST, the red carpet starts a little earlier. Hosted by Jason Kennedy and Tinashe, Live From the Red Carpet starts at 6 p.m. both ET/PT, according to E! News. Not only will you get to watch candid interviews with some of your favorite artists, but you'll get to gawk at all the amazing fashion swanning its way down to the awards show.

The red carpet will air on ABC, and if you don't have access to a TV you have the option of streaming it live as well on ABC Go. Get ready for a style-studded evening of epic fashion and good music.