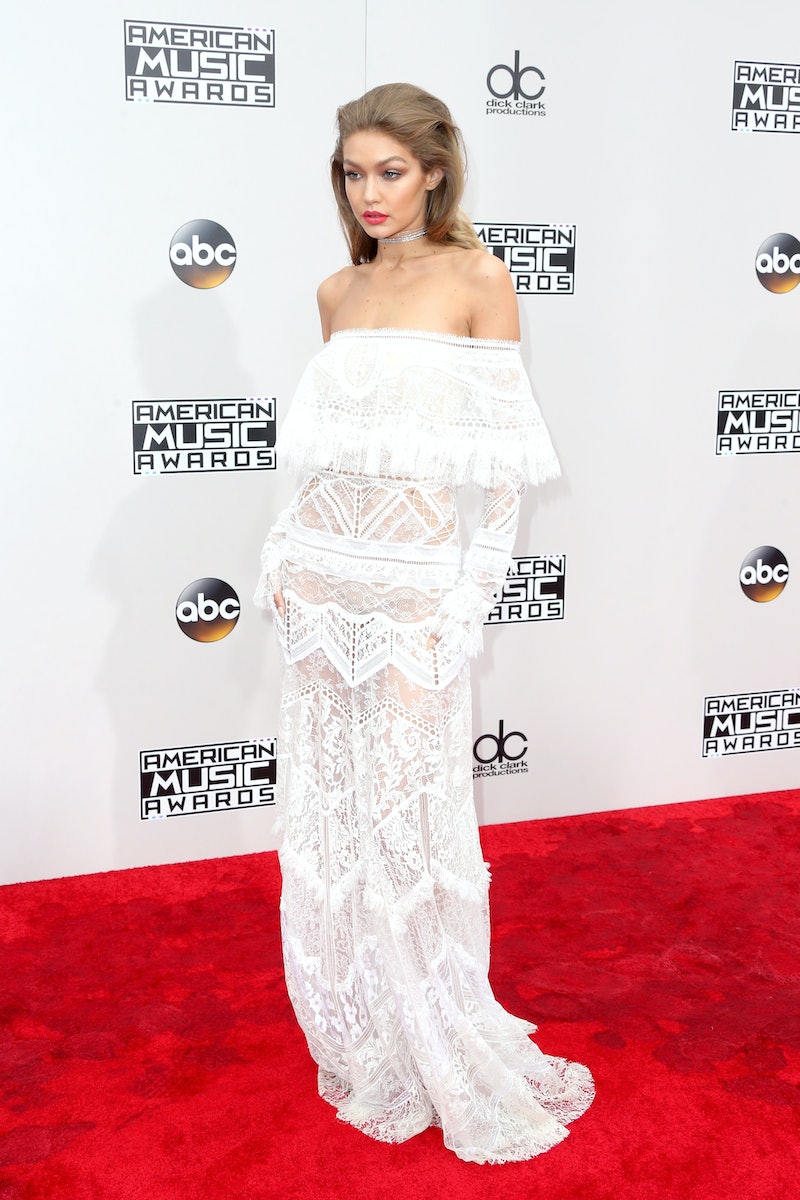 When I found out that Gigi Hadid was hosting the 2016 AMAs, I already knew she would kill it. She might be known for her street style recently, but she absolutely killed it on the red carpet too. If you're wondering who designed Hadid's American Music Awards outfit, the name probably won't surprise you. The model started the night out with a bang with a big name designer.

For her first look of the night, Hadid opted for a gorgeous, white off-the-shoulder gown. According to her E! News red carpet interview, Cavalli designed Hadid's dress. This isn't the first time that she's wore a big name clothing creator and it definitely won't be the last. As of now, she's worn the brand name, but hasn't walked in any shows for the designer though.

It might have been a simple choice, but it was still starting the night on a gorgeous note. Hadid said in her on-air interview that she would be changing five times throughout the night. That's not as many times as other hosts in the past. I have no doubt in my mind that she'll look great wearing them all. Something tells me that the Cavalli gown will be the most elegant of the night though.

Off the shoulder has been a huge trend this year, and this is why.

The most standout part of the dress was the extra-long sleeves, in my opinion.

It looked great with slicked back hair, a simple choker, and subtle makeup as well.

Does it get any more gorgeous? I think not.