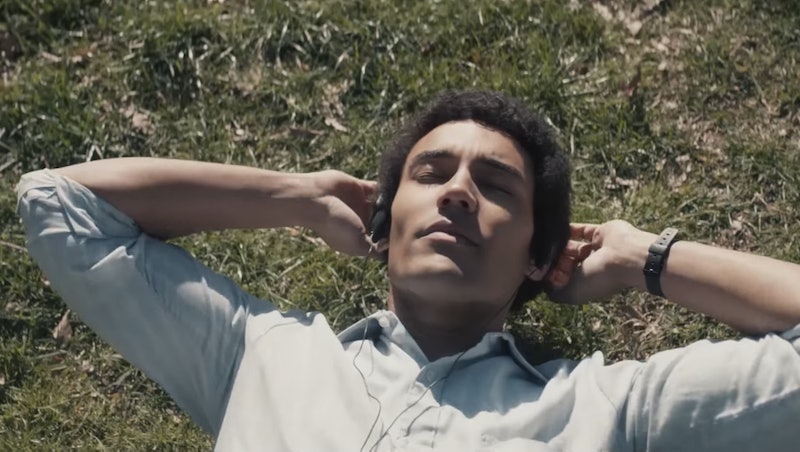 I hope I'm not alone in being all over the upcoming movie Barry, and I know I'm probably not alone in wondering what the song from the Barry trailer is. And wondering why that song is making me feel so emotionally vulnerable. Well I can't really help you with the second part, because that's a personal journey you're on right now, but the second part is easy-peasy: the song is called "Soul's On Fire," and it's by a little-known artist named Anthony Hamilton. (Not to be confused with the song "Soul On Fire," by the Christian band Third Day. This is not that song.)

Because he isn't a huge name, this song has managed to sneak along under the radar; it was released on Hamilton's album The Point Of It All, which came out all the way back in 2008. And now, eight years later, it's finally found the purpose I feel like it was made for in providing the backing music for Netflix's Barry trailer. There was probably never going to be a world where I was emotionally capable of watching the dramaticized formative years of our current president play out right now, even in preview form. But "Soul's On Fire" really put me over the edge.

Barry is centered around Barack Obama's junior year at Columbia University, which began in Fall 1981, and it shows the obstacles of a racist world that put themselves in the way of a young black man trying to make a difference. As we see Obama, played by Devon Terrell, experience everything from microaggressions to full-on assault, the lyrics of "Soul's On Fire" keep a powerful rhythm in the background, with lines like:

Obviously, we know the way Obama's story ended — in the White House of all places — which makes it even more emotional watching the trials and tribulations he went through in his younger years. The trailer is barely two minutes long, and I finished it almost in tears.

Partly because we're about to lose this amazing man, and any reminders of just how amazing he is are hard to take. But also because the soundtrack was perfectly chosen to highlight just how much hard work Obama put in to become the man he is today. Take a look at the trailer and catch Barry on Netflix once it begins streaming on Dec. 16.

More like this
You’ll Be Able To Stream Bullet Train Before The Holidays
By Arya Roshanian and Radhika Menon
How To Stream Knives Out 2: When Will Glass Onion Be On Netflix?
By Radhika Menon
Here’s Everything Coming To & Leaving Netflix In December
By Jake Viswanath
The 'Lady Chatterley's Lover' Book Leaves Us With A Troubling Question
By Catharina Cheung
Get Even More From Bustle — Sign Up For The Newsletter