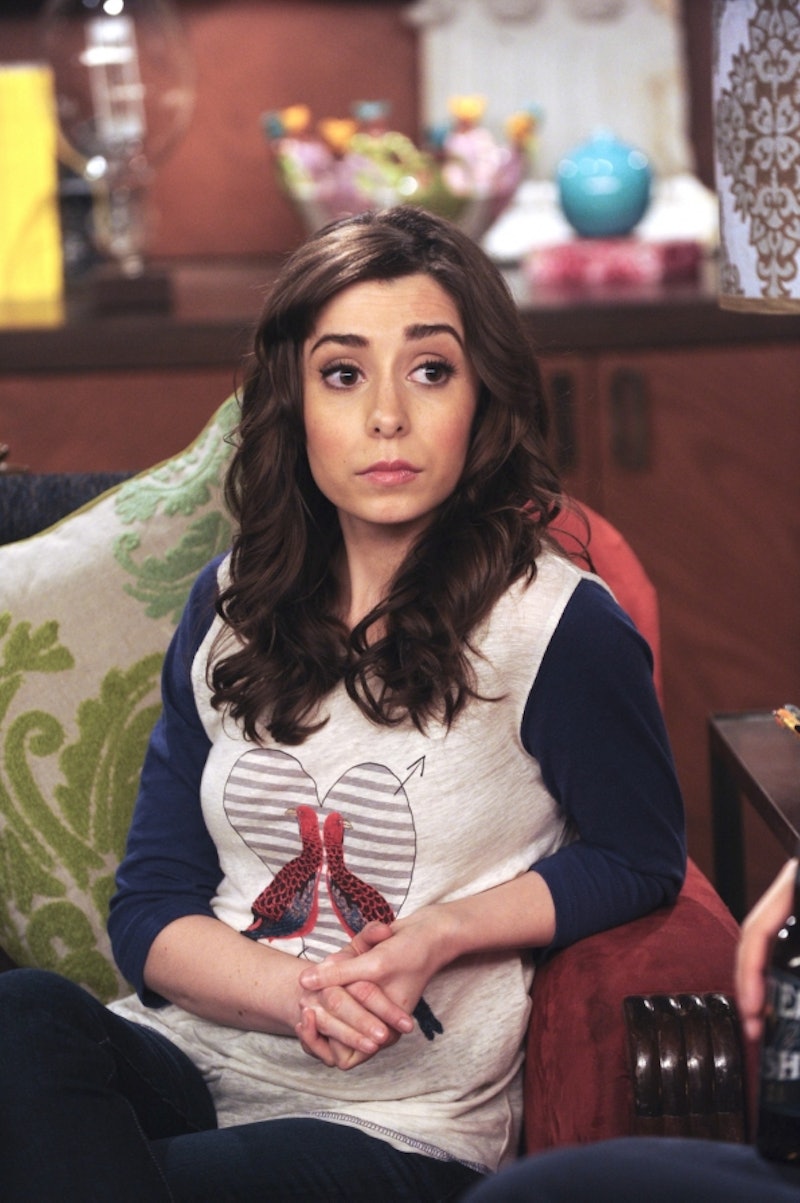 Out of all of How I Met Your Mother's long-held secrets, the Mother's name might be the most frustrating. For seasons now, we've known random facts about her, how she likes to make breakfast food sing and the color of her umbrella, yet we didn't even know her name. As if making us wait nine seasons to do what the very title promises wasn't torturous enough. Finally, in Monday's series finale, yes Ted met her, whatever, but more important, we finally learned her damn name: Tracy McConnell.

Thank you, Carter Bays and Craig Thomas, for allowing us this privileged piece of basic knowledge in exchange for watching your show for this long. Was it worth the wait? Well, technically, we've known it since season one. In "Belly Full of Turkey," Ted accompanies Barney to a strip club and has a nice conversation with a stripper named Amber. Then at the end of the conversation, Amber reveals that her name is actually Tracy and voiceover Ted says, "And that’s the story of how I met your mother."

Of course he was kidding, but since then fans have always speculated that Tracy was the name, because why else would Ted tease his kids with it? It was a nice callback to the first season and a way to give fans some satisfaction, since other parts of the ending were pretty frustrating. And making Tracy's last name McConnell was pretty smart too. Besides letting her share initials with Ted and letting the yellow umbrella switching occur, it also gives her the same initials as The Mother.

Tracy McConnell, not too bad HIMYM. If only we could be as happy with the rest of the ending.