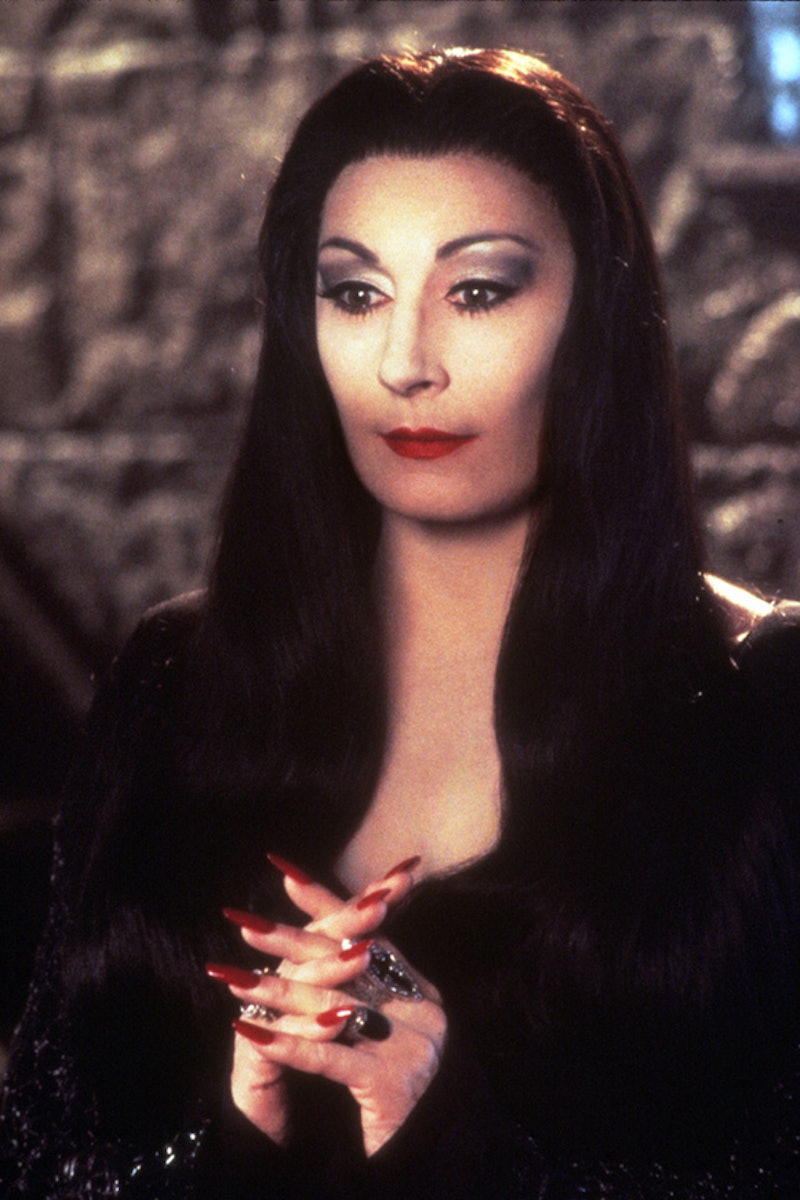 Want to feel super elderly for a minute? The Addams Family movie came out 25 years ago. Yes, it came out over two decades ago. Let that soak in for a second because it took me a while to recover. Tuesday, Nov. 22nd marks the 25th anniversary of our introduction to one of the creepiest and spookiest families ever committed to film. Of course, the original television show from 1964 was a true classic, but the '90s movies managed to recapture that essence completely. Let's be honest, Carolyn Jones originally portrayed Morticia flawlessly, but somehow, Anjelica Huston reimagined the matriarch of the Addams clan into an even fiercer character. This brings me to my point that Morticia Addams is one of the most underrated female characters.

I know, it is easy to only remember Morticia for her long black dresses, savage red nails, and her fabulously pale skin, but it is time to take a deeper look into the character that spawned a million Halloween costumes. There is a lot to be said about such a kooky woman — who also managed to come off as strong, powerful and capable. After all, she was the glue that held that insane family together. As Pugsley and Wednesday's mother and Gomez's wife, she was top notch. Let's take a look at some of Morticia's most badass qualities, shall we?

She Takes Charge When Necessary

Morticia is seen mostly as a sultry, soft spoken gothic goddess for most of the time that she is on screen but when it comes time to step up and fight for her family or her husband, she will do so without hesitation. When Fester first showed up, it was she who was suspicious of him and his intentions. When it came time to confront him, she made sure he was reminded of what happens to people who hurt her family. Her wit and calm, cool demeanor get that family through the toughest of situations.

She Is Goal Oriented

In her own words, "I'm just like any modern woman trying to have it all. Loving husband, a family. It's just... I wish I had more time to seek out the dark forces and join them on their hellish crusade." Honestly, amen sister.

She Is Comfortable With Her Sexuality

Morticia is sultry, seductive, and unapologetic. She is not afraid to be sexy and her relationship with Gomez is genuinely enviable. These are two weirdos who found each other and can be their authentic selves around one another, which is the dream. Morticia has cultivated her own brand of seduction and she executes it to her advantage. She owns her sexy.

Morticia is interested in all things creepy, macabre and spooky. This alone sets her apart from most female characters that are portrayed on television and in movies. It is normally considered "unladylike" to be passionate about death, gore and anything spooky. Morticia submerges herself into creep-culture and she is entirely relatable to an often ignored female demographic as a result. She is unabashedly weird and honestly, who can't respect that?

Morticia knows that education and witchcraft are the pillars of any powerful woman in today's world. When she said, “Wednesday's great-aunt Calpurnia: She was burned as a witch in 1706. They said she danced naked in the town square and enslaved the minister … But don’t worry. We’ve told Wednesday: college first.”, it was like she spoke to all of us, right?

Basically, Morticia is a boss. As a completely unconventional portrayal of a loving mother/wife, she deserves a lot more credit than she receives. Keep being weird, girl.